I have been a teacher of English for 24 years and, at the age of 48, this much I know about short stories for your Christmas assembly!
I wrote this first short story; it is based on my wife’s account of walking our youngest to school a couple of years ago. I read it at a Christmas assembly last year and some of the younger students were quietly fascinated by the possibility that it actually was, just might have been, him!
The Old Man and the Snow                                                                                                 The snow began to fall at 5 am; by the time we embarked upon the walk to school it lay several inches deep. As we took the steps down to the riverside walk, Oliver, my nine-year old son, said, “This is the best last day of term ever!” With that he took off to run in the riverbank snow, leaving me to track his progress from the tarmac path.
The snow was white sunshine and its rays slowly enveloped Ollie as he immersed himself in its attractions. He gambolled along, dodging the trees’ drooping branches, kicking up the fresh, unspoilt snow. Within minutes he had become part of the new albino landscape. He could not have been having any more fun than he was, right there, then, in that white world of his own.
I watched Ollie as I walked. I was not the only one. A man in his eighties had stopped to watch him too. He wore a black overcoat, a woolly hat, his face peering out between the hat and his thick, red scarf. I stood and shared the old man’s gaze. He whispered, “I would give anything to be that young again…just for five minutes.” I turned and caught his doleful eyes; his ruddy cheeks and white beard could not hide the yearning in those rheumy pools for times past. I commiserated awkwardly and hurried up the path after Ollie towards the playground.
The old man’s words and rueful look stayed with me all day. There was something profound about our meeting that I could not quite articulate. That night we held a dinner party and over coffee I retold my winter’s tale. I finished by exclaiming, “It was a bit like meeting Father Christmas!”
Without missing a beat my friend Clare replied, “Perhaps you did?” 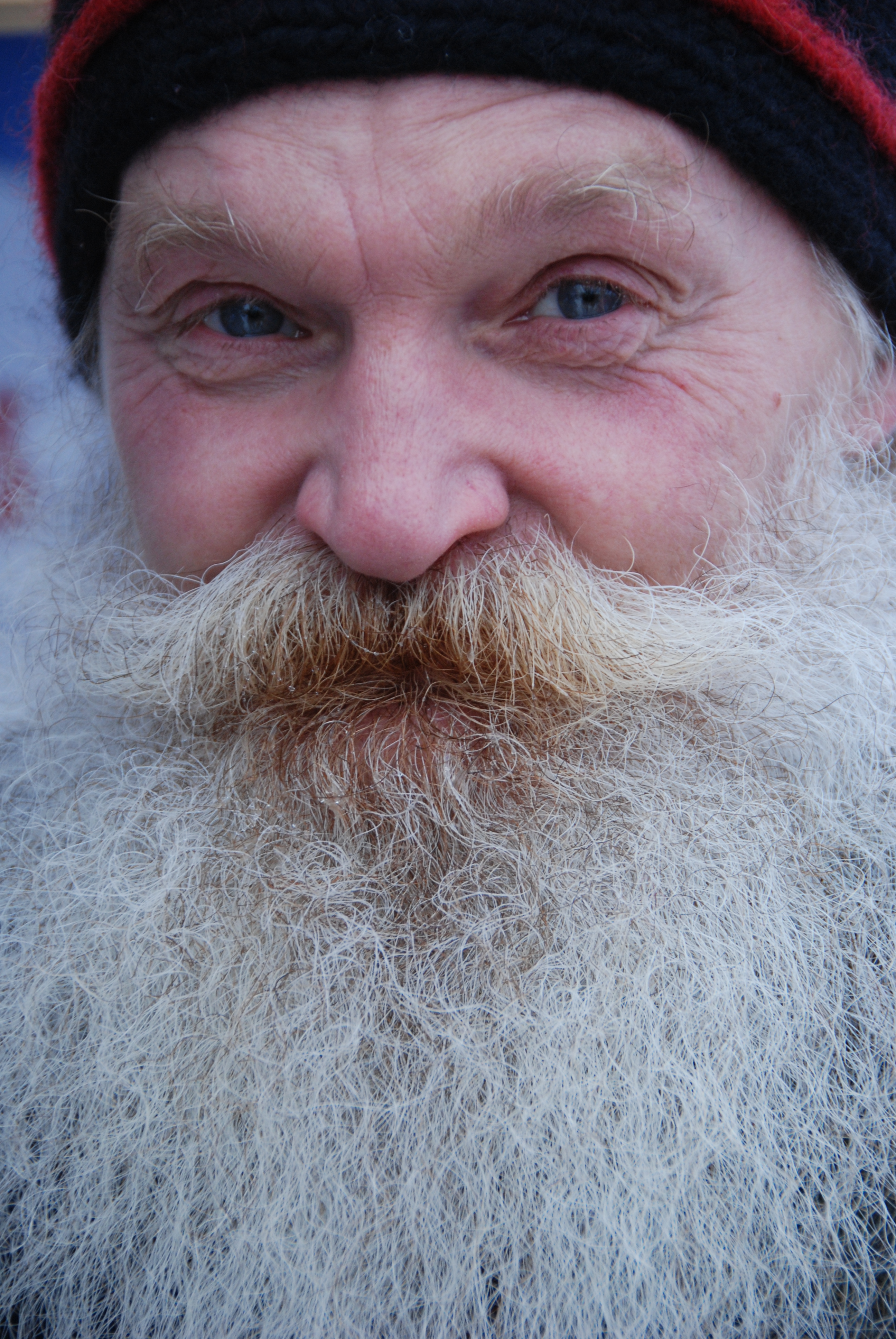 This second story comes from one of my favourite collections, by Paul Auster, called True Tales of American Life. Through his radio programme he began The National Story Project by asking his listeners to send him true short stories. The two qualifying criteria for entries were that they had to be true and short! Here’s one of my favourites which I read in all my Christmas assemblies:
A Family Christmas                                                                                                                 My father told me this story. It occurred in the early twenties in Seattle, before I was born. He was the oldest of six brothers and a sister, some of whom had moved away from home.
The family finances had taken a real beating. My father’s business had collapsed, jobs were almost non-existent, and the country was in a near depression. We had a tree for Christmas that year, but no presents. We simply couldn’t afford them. On Christmas Eve, we all went to bed in pretty low spirits.
Unbelievably, when we woke up on Christmas morning, there was a mound of presents under the tree. We tried to control ourselves at breakfast, but we rushed through the meal in record time.
Then the fun began. My mother went first. We surrounded her in anticipation, and when she opened her package, we saw that she had been given an old shawl that she had “misplaced” several months earlier. My father got an old axe with a broken handle. My sister got her old slippers. One of the boys got a pair of patched and wrinkled trousers. I got a hat, the same hat I thought I had left in a restaurant back in November.
Each old cast-off came as a total surprise. Before long, we were laughing so hard that we could barely pull the strings on the next package. But where had this largesse come from? It was my brother Morris. For several months, he had been secreting away old things that he knew we wouldn’t miss. Then, on Christmas Eve, after the rest of us had gone to bed, he had quietly wrapped up the presents and placed them under the tree.
I remember this as one of the finest Christmases we ever had.
– Don Graves, Anchorage, Alaska