I have been a teacher for 25 years, a Headteacher for 10 years and, at the age of 49, this much I know about daffodils.

The only way to make your cut flowers last is to keep them out of the sun, away from radiators and change their water on a daily basis. You wouldn’t stand on the mantelpiece sipping yesterday’s bath water, would you? 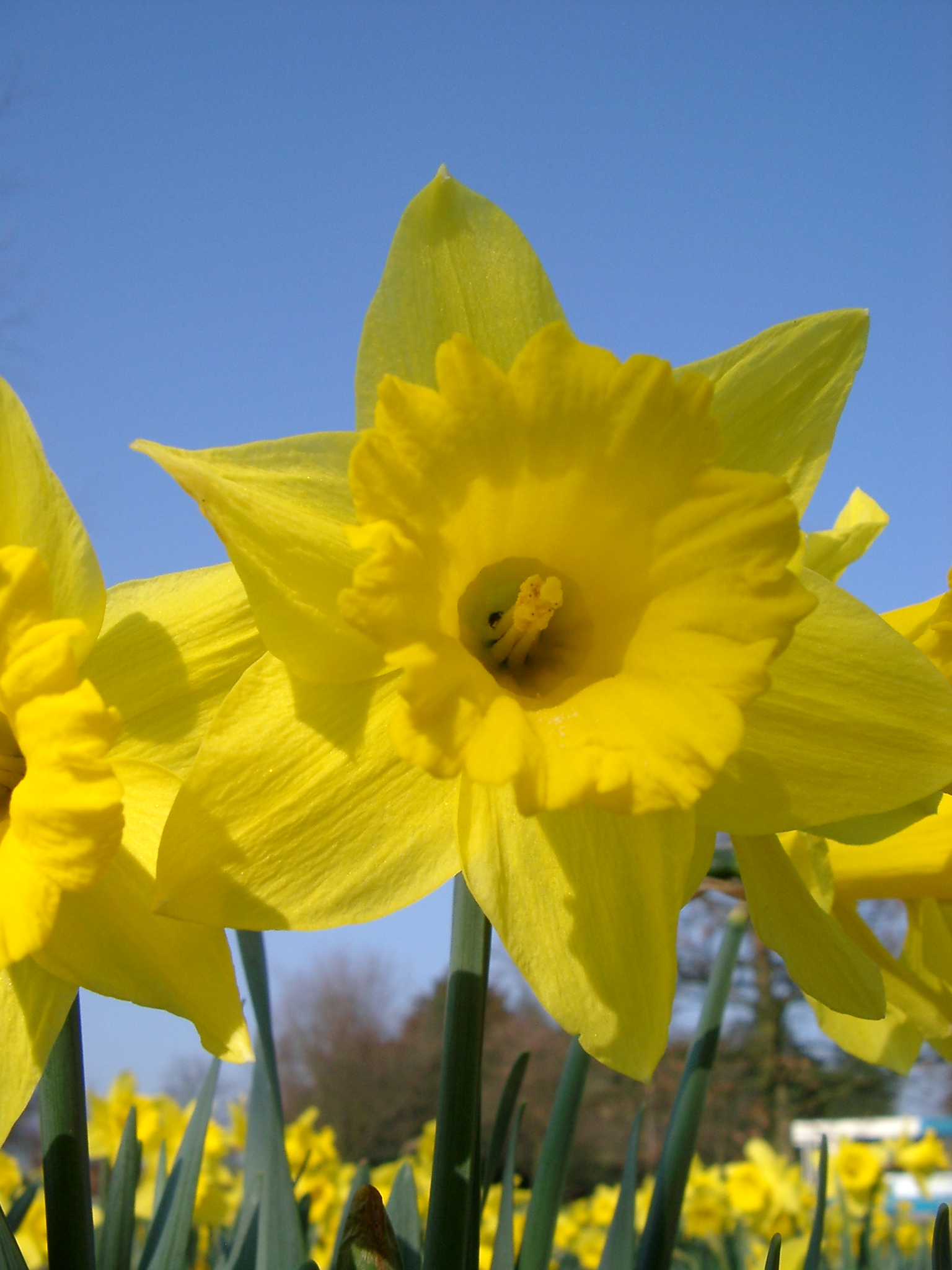 Daffodils are important. They are beautiful because they are here with us fleetingly. They symbolise for me both the beginning of spring time and the impermanence of things. Rather than Wordsworth, if you have never met with Gillian Clarke’s poem, here it is. It forms part of one of my most remarked upon assemblies…
Miracle on St David’s Day
“They flash upon that inward eye
Which is the bliss of solitude”
The Daffodils by W. Wordsworth
An afternoon yellow and open-mouthed
with daffodils. The sun treads the path
among cedars and enormous oaks.
It might be a country house, guests strolling,
the rumps of gardeners between nursery shrubs.
I am reading poetry to the insane.
An old woman, interrupting, offers
as many buckets of coal as I need.
A beautiful chestnut-haired boy listens
entirely absorbed. A schizophrenic
on a good day, they tell me later.
In a cage of first March sun, a woman
sits not listening, not seeing, not feeling.
In her neat clothes the woman is absent.
A big, mild man is tenderly led
to his chair. He has never spoken.
His labourer’s hands on his knees, he rocks
gently to the rhythms of the poems.
I read to their presences, absences,
to the big, dumb labouring man as he rocks.
He is suddenly standing, silently,
huge and mild, but I feel afraid. Like slow
movement of spring water or the first bird
of the year in the breaking darkness
the labourer’s voice recites “The Daffodils”.
The nurses are frozen, alert; the patients
seem to listen. He is hoarse but word-perfect.
Outside the daffodils are still as wax,
a thousand, ten thousand their syllables
unspoken, their creams and yellows still.
Forty years ago, in a Valleys school,
the class recited poetry by rote.
Since the dumbness of misery fell
he has remembered there was a music
of speech and that once he had something to say.
When he’s done, before the applause, we observe
the flower’s silence. A thrush sings
and the daffodils are flame.
Hear Gillian Clarke talk about the genesis of this poem here, exactly twenty-six minutes into her Desert Island Discs interview.