I have been a teacher for 25 years, a Headteacher for 10 years and, at the age of 49, this much I know about why I agree absolutely with Michael Gove.
I agree absolutely with Michael Gove when he says, There need be no difference in performance – none whatsoever – between pupils from disadvantaged backgrounds and those from wealthier homes…a difficult start in life can be overcome, with hard work and good teaching.
I have no truck with the working class hero cliché; however, just for this post, I need to provide some autobiographical detail. My dad left school at 14 to become a messenger boy, the prelude to becoming a life-long postman. He could read but rarely wrote. My mum fell ill when just 13 and never completed her formal education. She resorted to being a cleaner and she did for Mrs Wilkins in the village. I have two brothers and two sisters. A family of seven, living in a two up, two down council house: my sisters shared a bedroom, just as I did with my brothers. Our parents slept on a pull-out bed in the front room. With an outside loo we had a wee-bucket in our boys’ bedroom at night which, all too frequently, got knocked over and stained the polystyrene tiles on the front room ceiling below. Not once, in my journey from council house to the Headteacher’s office, did I ever feel disadvantaged; not once did I perceive a barrier between me and a graduate career. I worked hard and, by any measure, I am the type of social mobility success story Michael Gove would surely admire. 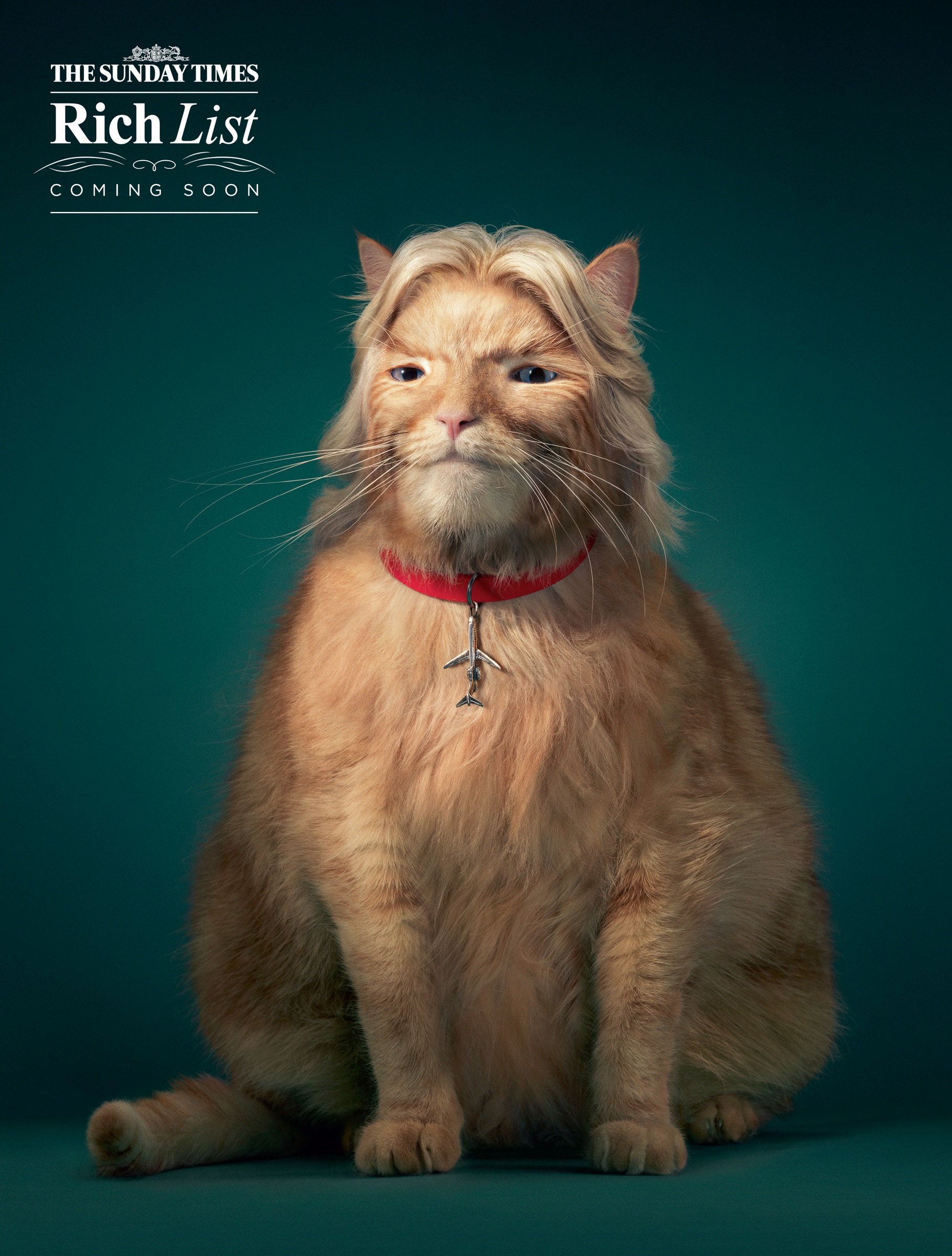 Sunday Times or the Observer? Last weekend I bought the former and was confronted by its eponymous Rich List; today I taught income inequality to my Year 13 Economics group having copied Will Hutton’s recent article on the subject. Reading the latter, I suddenly realised why I find it difficult to imagine our students from the most deprived backgrounds ever making the transition from the council estate to the peak of one of the professions as I have done. And it’s not because I’m of the Blob or an enemy of promise…it’s because of the data provided by this graph which shows the share of the UK’s income going to the top 10% of the country’s earners. 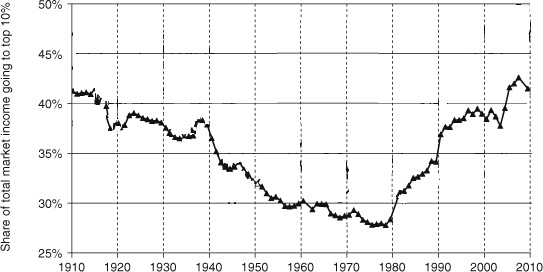 I began my secondary education in 1975, the very year that the UK was at its most equal in the past 100 years. By 1984 five years of Thatcherism had increased income inequality in the UK significantly, but not to such an extent that I was deterred from embarking upon a degree course: I enjoyed a full grant and tuition fees were unimaginable. Looking at the graph, it’s hard to disagree with Neil Kinnock when he said in 2007, “I think that Tony is impressed by wealth.” In 2014 the UK boasts levels of income inequality not seen since Victorian times, whilst income redistribution becomes increasingly ineffective as tax rates are reduced for the richest and the welfare budget is cut. It’s a fact that Britain’s five richest families are worth more than the poorest 20%.

If the UK were more equal, we’d all be better off as a population; that’s the conclusion of Professors Richard Wilkinson and Kate Pickett in their seminal text on the socially corrosive effects of income inequality, The Spirit Level. If one of our boys I spoke to yesterday, who is talented, good-looking, charming, funny, but with a chaotic home life, is going to thrive in an increasingly socially immobile world we have to give boys like him personalised, aspirationally different experiences. Doing what we have always done is nowhere near enough anymore.

The impact of  income inequality upon people is indelible. York is one of the UK’s richest cities; it is also one of its most unequal cities and the income gap between the richest and the poorest continues to grow. Recently I wrote an article for our local paper on what might help eradicate child poverty from a Headteacher’s perspective; this is the email I received the day after it was published: 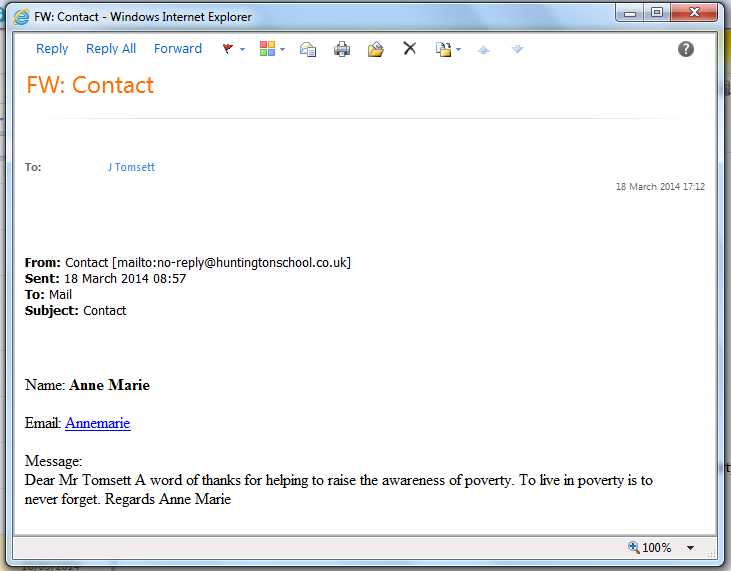