Foreword
Below are the slides and video clips from our ResearchED 2014 talk yesterday. You can watch the video of our talk here.
If you are interested in our EEF project then please contact Alex Quigley at aj.quigley@huntington-ed.org.uk. 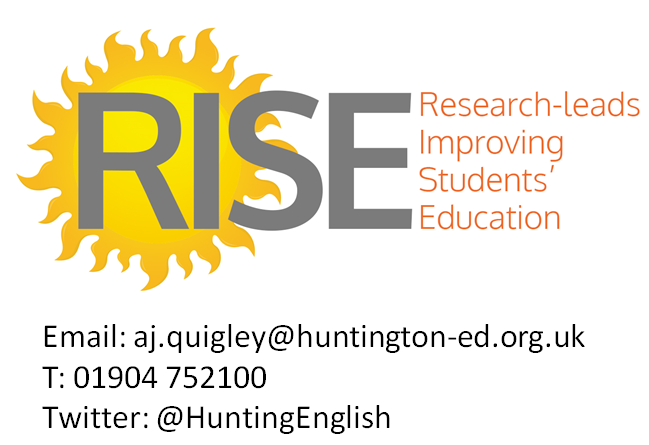 I have been a teacher for 26 years, a Headteacher for 11 years and, at the age of 50, this much I know about why ResearchED 2014 made me a little more doubtful than ever.
Perpetual self-doubt is a relatively healthy condition in which to exist. At an event like yesterday’s I look to take away some learning and what I took away yesterday made me doubt myself and our developmental priorities just a little bit. Here’s why…
I have learnt more about my English subject specialism since I have been a teacher than at any other time in my life. I think I learnt my core texts at A level in some depth. I came across a huge range of literature at a surface level during my degree at York and was inspired by the English Department, 1984-87, which comprised, amongst others: Jacques Berthoud; Derek Pearsall; David Moody; Nicole  Ward-Jouve; Pippa Tristram; Geoff Wall; Hugh Haughton; Sid Bradley; Bob Jones; Michael Cordner; Tony Ward; RC Hood; Stephen Minta; Hermione Lee and Alan Charity – the Golden Generation, a kind of academic Premiership Select XI with a cracking subs bench to boot! But it wasn’t until I began my career at Eastbourne Sixth Form College and taught five A level classes in my first year that I began to comprehend fully the fundamental relationship between form and content which underpins the analysis of literary texts.
What matters most: pedagogy or subject specialism? I’ve always thought the former, largely because when I teach English, even at A level, in terms of subject knowledge I call upon a small corner of what I know about English literature. And when I have taught photography, PE, Travel & Tourism, mathematics, Media Studies, ICT and Economics over the years I have learnt the relevant core knowledge of those subjects and then called upon my experience and pedagogic skills to teach. But Philippa Cordingley surprised me yesterday when she discussed her research paper for Teach First, co-authored with Miranda Bell, entitled Characteristics of High Performing Schools and explained how subject knowledge appeared to be a higher priority within exceptional schools. The research paper claims that in at least four of the exceptional schools, subject knowledge was regarded as very important across the school – and the schools consistently used subject specialists to support subject knowledge development, whereas in strong schools Teachers…put subject knowledge fairly low down their list of Professional Learning priorities…leaders [of strong schools] said they felt that they tended to take subject knowledge for granted. This evidence contradicted my long-held belief, based upon experience, that, whilst both were crucially important to truly great teaching, pedagogy just about trumped subject knowledge.
With apologies to Seamus Heaney, but when it comes to the current educational debates I am neither internee nor informer; /An inner émigré, grown grey-haired /And thoughtful. The more I read and hear and think and talk about education, the more doubtful I become, but I guess that is a natural process. I certainly heard many people express similar views yesterday, including such luminaries as Professors Coe and Wiliam. Despite what Philippa Cordingley’s paper says, I’ll continue to teach Economics; however, I’m not ignoring the evidence and stubbornly sticking with what I know because that would be foolish. I’ll ask Alex, our Director of Research, to look again at our CPD offer and review the development priorities of each subject area to ensure that we have the subject specialism/pedagogy balance spot on and what I’ll do, personally, is work even harder at planning lessons and developing my subject knowledge. As Brecht said, The world of knowledge takes a crazy turn when teachers themselves are taught to learn.
POSTSCRIPT
Every cloud and all that…for the last few weeks of the holiday I was laid low by a lung infection. Not feeling up to much, at a car-boot sale I happened upon an antique fly fishing rod made of split cane. It was in a poorly state so I decided to renovate it. Several Youtube videos and a lot of gentle graft later (for days on end I sneaked out of bed at 6 am and, once, when my wife asked why I was getting up so early, my whispered response was I’m off to varnish my rod…) I took my resurrected piece of craftsmanship to a local fishery and third cast, on a small black gnat, here’s the outcome… 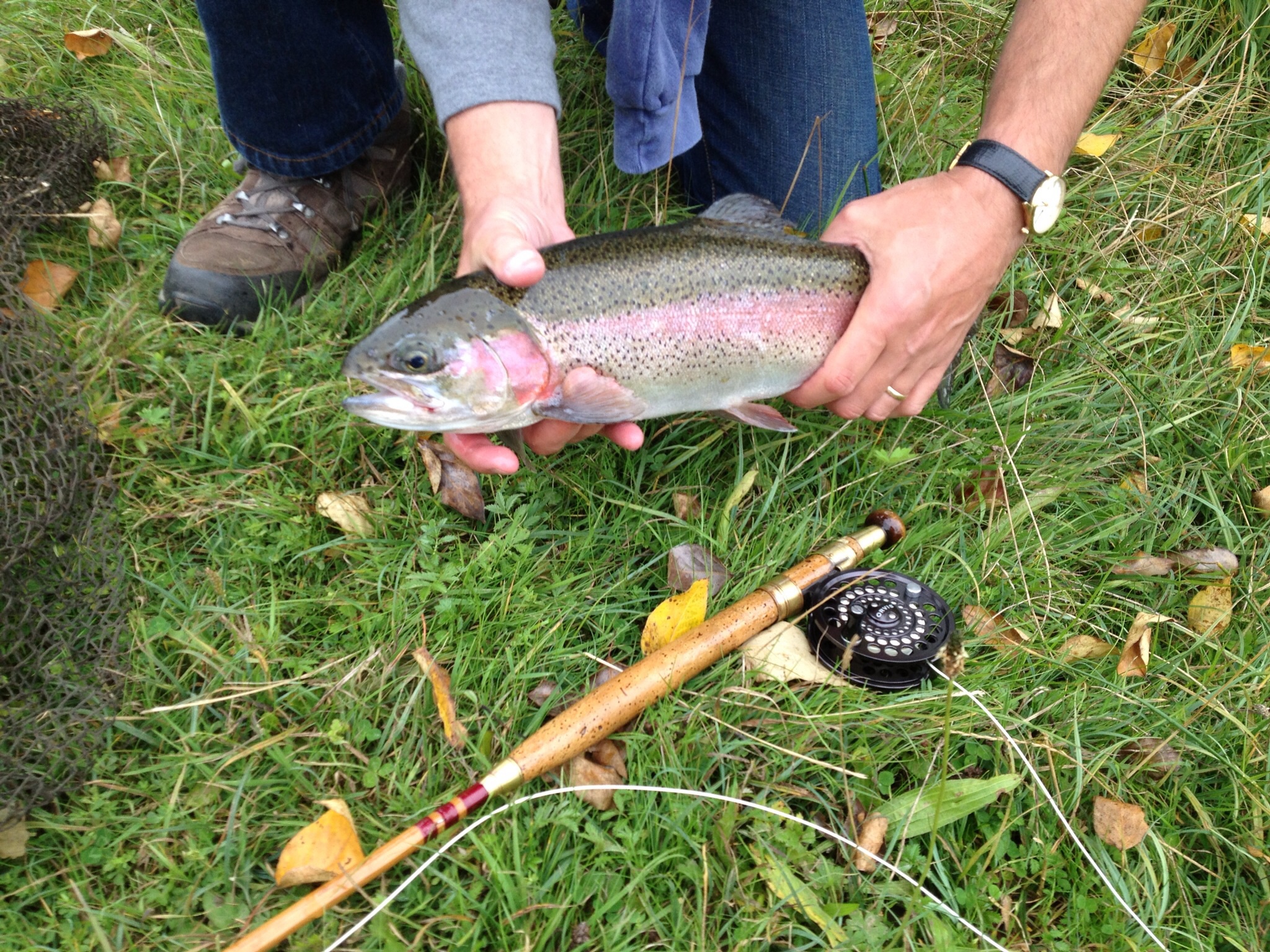 I’m sure there’s a learning-ethic of excellence-Berger blog post there somewhere, but not everyone wants to know what a typical 50 year old bloke gets up to…luckily there’s not enough space in our back yard to build a shed.