I have been a teacher for 26 years, a Headteacher for 11 years and, at the age of 50, this much I know about what we are up against when all we want is our students’ examination papers marked accurately. 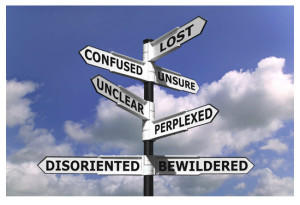 Our students deserve the very best; no one I have ever worked with would disagree with that claim. And when it comes to public examinations nothing but the very best service is acceptable for our students. When they have prepared for the examinations and their scripts have been dispatched for marking, we must all have faith that the marking will be fair, accurate and expert. If we cannot believe that is the case, then the system becomes unfit for purpose.
How can mathematics marking be wildly inaccurate? This year we had one A2 student’s mathematics paper remarked; it was returned having been awarded 8 more raw marks – that’s 11% of the total marks available – and his final mathematics A2 grade consequently rose from a B to an A. My own son’s English Language & Literature AS grade has risen from a B to an A following a remark. Five years ago Anthony Seldon said, “Examiners are overworked and overstretched and the calibre of some is just not good enough.” It seems he was right and the situation has worsened since.
My students’ AS Economics results were a bit disappointing this summer. We recently received their recalled scripts. This morning I sat down for twenty minutes with my co-teacher and perused the papers. As you might expect, there were some mistakes our students could have avoided; yet there were numerous instances where, at best, the marking was justifiable but truly harsh and at worst plainly inept. I have chosen one example which typifies my concerns about the quality of marking of my students’ scripts and helps explain why I have written a blog post which is uncharacteristically whingey in tone!
NB: Before you read on, bear in mind that there are just five raw marks between grades in this AS examination, so dropping two marks is 40% of one grade at AS level.

And here’s the mark scheme:

Sometimes you need someone else to confirm that you’re not going completely mad. When I showed Kate, my PA, both answers without her knowing what exactly they were and why I was showing them to her, she exclaimed, “Well I reckon that student has copied that one.”
It’s almost enough to drive one to write a letter of complaint to Mark Dawe, Chief Executive of OCR…