I have been a teacher for 26 years, a Headteacher for 11 years and, at the age of 50, this much I know about how truly great schools are not grown overnight.
This is a longer than normal post…please stick with it!

The Road Not Taken. I like the film Sliding Doors, where the main character, Helen, a London PR executive, is fired from her job and rushes out to catch a train and two scenarios take place. In one, she gets on the train and comes home to find her boyfriend in bed with another woman. In the second, she misses the train and arrives after the woman has left. In the first scenario, Helen dumps her boyfriend, finds a new man and gradually improves her life. In the second, she becomes suspicious of Gerry’s fidelity and grows miserable. Sliding Doors explores the road not travelled. I don’t think you can be properly human if you haven’t wondered what might have happened to you if you had, at a certain moment in your life, made a different decision. Where could you have ended up? What if ?
Our very own sliding doors. Huntington School celebrates its fiftieth birthday next year. In those fifty years, I am only the fourth Headteacher. I began as Headteacher at Huntington in September 2007, having been a Deputy Headteacher at the school 1998-2003; between those two spells at Huntington I was Headteacher at Lady Lumley’s School. In essence I have known and loved the school for 17 years; it has got under my skin. In January 2008 we set a ten year vision for the school, called Vision 2018. I declared very publicly that I was committed to Huntington School for the next ten years, at least. I was 43 years old at the time and would be 53 years old in July 2018. That was the core of my working life and realising Vision 2018 for Huntington School would be the single most significant achievement of my working life. We had a core purpose – inspiring confident learners who will thrive in a changing world – and a set of core values which reflected the culture of the school: Respect-Honesty-Kindness. In 2007 I inherited a set of results which were the school’s best ever: 59% of students had attained 5 A*-C GCSE grades with English and mathematics. In 2008 that headline figure rose to 60%. In June 2009 we had a light touch inspection conducted by a humane, intelligent HMI. She accepted our claim that our summer 2009 data projections would see an improvement on the 2008 figure. She liked our plans for developing skills across the curriculum. We were close to being awarded an Outstanding judgement; instead we were judged to be a good school with many outstanding features. There were more grade 1 sub-judgements than any other grade; nothing was worse that a grade 2. Two months after we were inspected our headline figure fell from 60% to 57%. In 2010 the headline figure fell further to 55%. I knew, despite what the data was saying, that we were on the right track; we were concentrating on changing the culture of the school so that we could improve the quality of teaching. A supportive governing body held its nerve. In 2011 the headline figure rose to 63% and the following year to 65%. In 2013 it was 75%. In November 2013 we were inspected. We needed, according to a less than sympathetic Lead Inspector, one more set of good results before we could be classed as an outstanding school in OFSTED terms. In 2014 our headline figure was 72% and we were in the top 14% of schools for both progress and attainment at KS4 with a value-added figure of 1026; furthermore in 2014 we were Sig+ for progress at A level, AS level and Applied A level. Our Ebacc figure for 2014 was 39%. For the 2015 Year in-take we had the most first choices in the City of York and were the most over-subscribed school. For four of the last five years our Pupil Premium students’ average points score, GCSE only, was higher than the same measure for all students nationally. We have just been made a Pupil Premium Reviewer school. All we want to be is a truly great school and to provide for our local community’s children the best possible education. We crave authenticity. We want our practice to match our rhetoric. We are on course to make Vision 2018 a reality.
You may make your own luck, but, what if…imagine if we had been inspected three months later in September 2009 rather than June 2009; and then imagine if that inspector had not been an enlightened HMI but one of the 1,200 inspectors recently judged not to be up to the job by OFSTED, and not only incompetent, but s/he was also one of the horror story vindictive types, about whom tales abound; and then imagine that instead of getting a good with many outstanding features judgement, the school was classed as Satisfactory (now known as Requiring Improvement), because the results were on a downward trend, with a programme of HMI visits imposed upon us; and then imagine if the Governors were spooked and began to lose faith in our project to realise Vision 2018; and then imagine we were re-inspected in September 2010, when the headline results had fallen further to 55%; and then imagine that the Local Authority began to doubt what was going on and decided to put pressure on our increasingly uncertain Governing Body to replace the school leadership, because, after three years the results are 4% worse, for goodness’ sake; and finally imagine that by April 2011 I was looking for a new job as my replacement set about charting a new course for Huntington School, the Vision 2018 boards having been consigned to the skip…an OFSTED inspection just three months later coupled with a spiteful Lead Inspector and Huntington School could have been a very different place today.

Oak trees. I know that every single student has but one chance of gaining a good education; however, there is no short cut to improving a school’s performance. Schools in difficult circumstances require, more than most schools, years of persistent, doughty leadership by a dedicated Headteacher utterly committed to improving the lot of the disadvantaged. When I explained the narrative of Huntington School’s improvement since 2007 to the audience at last week’s Pupil Premium Summit it struck a chord with many people. Afterwards I chatted with Sir John Dunford; my tale had reminded him of a 2009 OFSTED publication entitled Twelve Outstanding Secondary Schools: excelling against the odds. When he had read the stories of the twelve featured schools one thing struck him – he knew all the Headteachers, because they had all been around for a long time. As the report itself says, There should be no misconceptions: turning around the fortunes of a flagging school in challenging circumstances is very hard work and requires unwavering self-belief and perseverance. Improved results do not come easily and there can be setbacks. 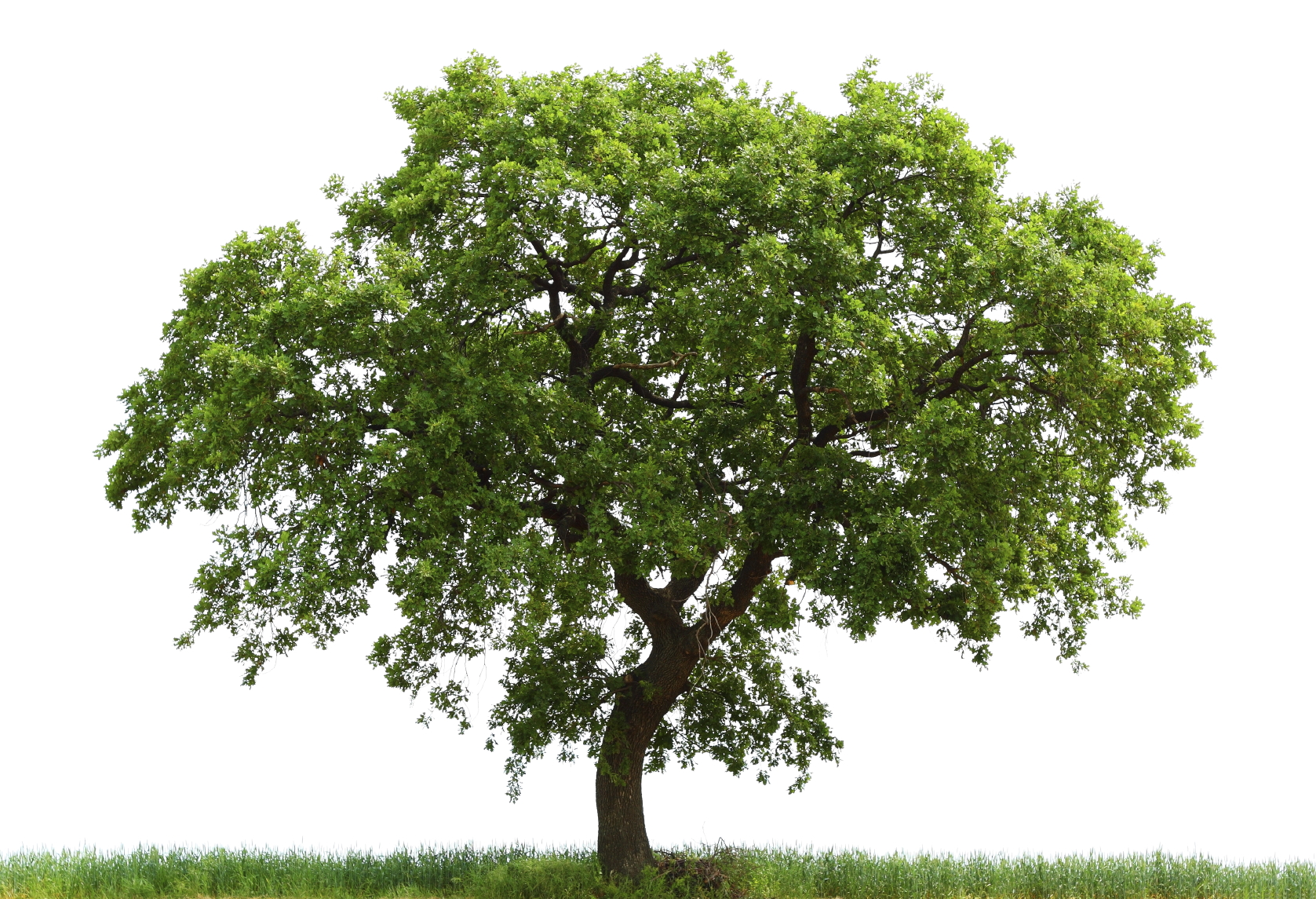 The following is utterly typical of those twelve schools who excelled against the odds: Harton Technology College, South Tyneside has avoided any of the complacency that could envelop a very stable staff, a core of whom have served in the school for most or all their careers. Ken Gibson, the headteacher, is one of these, appointed to this post five years ago having held a range of other posts in the school before becoming a deputy headteacher. He has three natural advantages: he knows the community as well as anyone, having been brought up in it; he is an inspiring leader; and he excels as a teacher. In every sense, he leads by example. His involvement, drive and vision are admired by staff, who strive to emulate these attributes. He and the governors have built a team of staff that espouse the core values and high ambitions of the school. 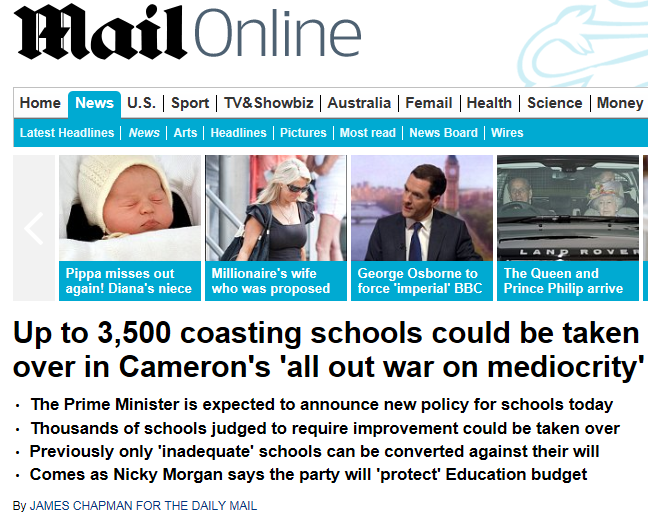 How do we grow Ken Gibsons? Not by the headline grabbing rhetoric of declaring war on schools. We need to nurture great headteachers, not denigrate them. Great Headteachers will then commit to growing truly great schools over the long term. Let’s learn from the many examples of how it takes time and commitment to grow truly great schools. I think Twelve Outstanding Secondary Schools: excelling against the odds should be essential reading for all those at the DfE currently involved in the Coasting Schools policy…

Previous ArticleWhat else can we do but remember the bright spots?Next ArticleThis much I know about…helping OFSTED improve lesson observations