I have been a teacher for 27 years, a Headteacher for 12 years and, at the age of 51, this much I know about telling our stories.
I wrote this piece all at once last Sunday evening at around 7 pm.

Sunday 13 September 2015
Days
What are days for?
Days are where we live.
They come, they wake us
Time and time over.
They are to be happy in:
Where can we live but days?
Ah, solving that question
Brings the priest and the doctor
In their long coats
Running over the fields.

As Larkin suggests, our days pass unremarkably. For the most part, today did and I am confident tomorrow will be equally uneventful. The seconds, minutes and hours pass relentlessly and day after day we just get on with getting on.
I began today with a two mile circuit of the River Ouse, stopping to buy the newspaper and some different dishwasher tablets to cure our post-wash sediment problem. I was five pence short but the woman who served me let me off, an act of kindness a self-service till would have found impossible.
After coffee and a read of the newspaper, I did a mini-service of my wife’s bike so that she could participate in today’s York SkyRide confident her wheels would not let her down. Whilst she was out, I sorted the boys’ late breakfast and wrote up a Performance Development record.
Just before noon we spent far too long looking for my youngest’s football kit. When his mum returned she found it, all too predictably, in his footie kit draw, exactly where it should have been. A quick lunch and shower later, we set off for the match. Our team lost 5-4 in a thriller. The boy played as hard as he could until he found it almost impossible to run.
Home, via McDonald’s to feed a rabidly hungry lad, then Sainsbury’s – to pay the five pence owed from the morning – and finally to my old university tutor’s house, but he wasn’t in.
The moment I got home, my wife wanted me to print some stickers for her new ring-binder files, something I had never done before. It was far easier that I had anticipated, though I didn’t tell her that.
And from now until I go to bed I will flit between work, my blog and Twitter. An unremarkable Sunday. There was, though, one telephone conversation earlier in the afternoon which prompted me to write this piece. My old A level English teacher, Dave Williams, rang me to tell me that a mate of ours is proper poorly.

I first met Barry Cheshire, or Bazza, twenty-five years ago on 20 June 1990. I know you think I made up that date, but the precision is genuine and pertinent. I was playing cricket for the staff of my old school and this bloke I’d never met before, Bazza, needed a lift into Brighton after the match. He sat in the back of the car whilst my mate Lloyd and I pontificated about England’s chances in their 1990 World Cup second round game against Egypt which kicked off the following evening, 21 June 1990.
Bazza had not spoken for the whole journey. As we entered Brighton he said, “Egypt were quite a good side when I played against them.” A moment’s incredulity and then he explained all.
When he was a lad in Ireland he played football for Sligo Rovers. He was scouted by Dario Gradi who brought him, as a sixteen year-old, to Crewe. Terry Paine went on to take him first to Southampton and then to West Bromwich Albion where he played with Bryan Robson. He was signed by Sparta Rotterdam and played five seasons in the Dutch Premier League before his Achilles heel snapped and he had to retire at the age of twenty-eight.
Bazza marked Willy van de Kerkhof out of the game in his debut for Sparta. He played in the Uefa Cup against Roma in front of 40,000 people. In the 1979 English first division season he was a Panini soccer sticker, something which still delights the boy in me. And he knew about the Egypt team because he had played against them for his national squad, the Republic of Ireland. He was a proper footballer.
Over the years I got to know and love Bazza. He delighted me with his football tales, his gentle laugh, his Irish lilt and his quiet sense of devilment. And, despite the lump of plastic at the base of his leg keeping his ankle intact, he was still brilliant at football.
We used to play five-a-side footie. I remember sheperding him into the right channel away from goal, knowing he would drag me to the left and shoot. I was ready. Sure enough, he dragged me, but then double dragged me and scored before I knew what had happened.
When I moved to York I lost touch with Bazza, but still loved telling stories about him. On my rare visits back to Sussex I saw him a couple of times and we reminisced about the five-a-side, that journey into Brighton and the craic in general.
By any reckoning, Bazza has lived a remarkable life. And as I sit here this evening, reflecting on a day which will fade into another into another and into another, I feel moved to tell his tales again, to let Bazza know, as he lies in his hospital bed, that he’s still beloved by an old friend in the north who is willing him to get well soon!

Postscript: My week was punctuated at lunchtime on Thursday by the news that Bazza had died peacefully earlier that morning. 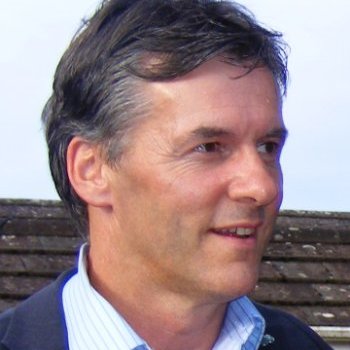