I have been a teacher for 27 years, a Headteacher for 12 years and, at the age of 51, this much I know about inspiring Year 11 to tackle the revision mountain.

It’s all over for Year 11, especially the shouting! All the shouting in the world won’t make a 16 year-old work any harder. Just before the Easter holidays I took a Year 11 assembly in an attempt to inspire them to work hard over the 17 ½ day holiday. I usually give the Champions assembly, but this year the assembly was entitled Less is More. It was all about how we spend time doing things we like to do, instead of tackling the mountainous to-do-list confronting us. I admitted I was as bad as anybody about procrastinating when I should be tackling my work. They, and my attendant colleagues, liked my admission that I could easily surf the internet for an hour watching all Ronaldo’s goals when he was at United, rather than do my marking. I suggested that having a stupidly long to-do-list inhibits us; rather, a short to-do-list, which we can complete, will help us chip away at the foothills of the work mountain and before we know it the mountain will be nothing more than a mole hill. The slides for the assembly are below. I still finished with the individual pictures of each student popping up on the slides, at which they shriek, laugh and groan in equal measure.

View this document on Scribd

I don’t believe in luck, but… When I met him last year, Tim Leunig said to me, Good luck – all heads need some luck if they are going to survive. I have never believed in luck, as the Seneca slide in the assembly presentation suggests, but Tim did make me wonder. At the end of the Year 11 assembly, one of our Deputies stands at one exit door to the Hall and I stand at the other and each student is given a Chinese Fortune Cookie (available at all reputable Chinese supermarkets) as a good luck gift. All we can do this close to the examinations is make them feel loved and 240 Fortune Cookies seemed to do the trick… 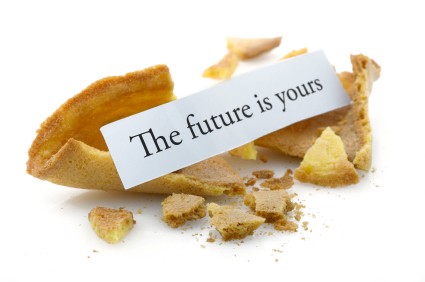 Chewing the fat with Year 8. I spent twenty minutes during Tuesday lunchtime last week chatting with a group of Year 8 girls who were sat outside on the benches at the back of the learning resource centre. Amongst the usual petitions for using mobiles in school and for being able to wear make-up, one of them said, Hey Sir, my sister is in Year 11. She is revising all the time. She’s in her room for ages. The girls had no idea why I greeted that news with a grin.

(BTW, I should have been doing my marking this past hour, but writing this post was tons more fun!)

Headteacher in York. All views are my own.
View all posts by johntomsett →
This entry was posted in General educational issues, Teaching and Learning. Bookmark the permalink.