I have been a teacher for 27 years, a Headteacher for 12 years and, at the age of 51, this much I know about whether “No excuses” discipline works. 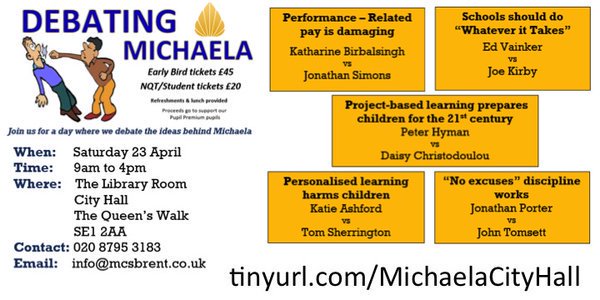 Against the motion, “No excuses” discipline works
I would like to begin by thanking Joe and Katharine for inviting me to come to speak. It is a delight to be in London today, especially since my son and I have tickets to see United play Everton this afternoon at Wembley.
Here I am, opposing the motion that “no excuses” discipline works. What I want to outline in the next few minutes is an argument that prompts the 81 of you here supporting the motion to think again, to question your certainties. As Howard Jacobsen says, “Uncertainty is the only respectable intellectual position to have about everything” and he might just be right…
The thing is, schools and teaching and the crucial relationship between teachers and students are all too nuanced for an inflexible approach like “no excuses” discipline. I will argue that that “no excuses” discipline is limited in its effectiveness, that its main strength – its inflexibility – is its main weakness, that “no excuses” discipline can further disadvantages some of our most vulnerable students.  And that, on balance, “no excuses” discipline can do more harm than good.
Having said all that, I do want to praise what is going on at Michaela. We need more schools like Michaela, who do what they think is right, rather than follow the latest fad to secure a certain OFSTED grade. It seems to me that at Michaela, they do what they do because they believe it is right for their students. And one has to admire that.
Speaking against the motion puts me in an impossible position. If I’m against “no excuses” discipline, I must, logically, be in favour of “excuses” discipline. As far as I am concerned, that is an obvious nonsense. As a member of Tom Bennett’s ITT content on Behaviour Management Expert Group, working alongside Max and Jonathan from King Solomon Academy, John D’Abbro, Ed Vainker, Sam Twiselton and other behaviour management experts, I was reassured that we were united as a group in our view that relentless rigorous routines, and consistent, and I mean truly consistent, implementation of behaviour systems were the bedrock of good behaviour management in schools.  I was more than pleasantly surprised, however, to discover that we were equally united in our view that positive relationships are at the heart of good behaviour management in schools. You need a bedrock and a heart.  You need rigour with a smile, not a SLANT.
Whether “no excuses” discipline works, however, is hard to determine. And what do we mean by works anyway?  In the end the measures have to be about student outcomes in schools where “no excuses” discipline is policy, both in terms of academic results, preparation for the next stage of the children’s lives and sociability.  In England our evidence base is thin, to say the least, limited to two sets of hugely impressive GCSE examination results from 120 King Solomon Academy students.  So, in the light of little evidence to support the claim that “no excuses” discipline works, let’s turn to America, to the Charter School system, to the Knowledge Is Power Program, to the New York Promise Academies, and beyond to Texas and New Orleans, to see what’s happened in those schools where “no excuses” discipline has been rigidly enforced for well over a decade.
Indeed, the more I read about KIPP and the New York Charter schools, the more I appreciate the inspiration for what is happening at Michaela.
Harvard Professor Roland Fryer Jr., one of the biggest fans of “no excuses” discipline charter schools, struggles hard to find evidence that charter schools work. His recent paper published last month, reported that a study of lottery based selection “no excuses” schools found that winning the lottery had minimal impact on math test scores and on reading test scores. Any success Fryer attributes to individual charter schools, he attributes to tutoring, parental engagement and high expectations, not SLANT or demerits.
Who Benefits from KIPP?, an MIT research paper published in 2011, concluded that KIPP may have little impact on middle-class children, or on those whose parents are college educated. Moreover, our estimates are relevant for the set of students who apply to KIPP; effects may be different for students not interested in attending. Another study I read, published by the US government, found that middle-class students’ results actually get worse in some charter schools.
The VERA Institute of Justice based primarily in New York City, published a report in December 2013 called A Generation Later: what we’ve learned about Zero Tolerance in Schools. It is damning. Its conclusions should make even the most self-assured advocates of “no excuses” discipline have second thoughts. It cites a Texas A&M University study published in 2011 which tracked every Texan student who entered “no excuses” discipline schools in 2000, 2001 and 2002 for six years. Here are some of the findings:

Furthermore, the VERA publication cites a paper by Hoffman, Erikson and Spence whose findings show how important it is to keep students engaged in education, even when, and maybe especially when, they are having behavioural problems.
The VERA paper concludes, There’s growing consensus that the most effective schools reinforce positive behaviour and respond to behavioural problems on a case by case basis in ways that suit the student’s individual circumstances and needs…certain facts are clear: zero tolerance does not make schools more orderly or safe – in fact the opposite may be true. It may seem counter-intuitive, but decades long evidence, should surely give us all pause for thought.
And here is a headline from an article published on 8 March 2016 in New York: ‘No Excuses’ No More? It details the move away from “no excuses” discipline in certain KIPP schools in New York. Ascend’s Elementary school’s CEO Steve Wilson said, We’ve moved sharply away from a zero tolerance discipline approach. We believe a warm and supportive environment produces the greatest long-term social effects.
Allison Willis Holley, principal of KIPP Infinity says. There’s time for kids to be kids and to wiggle and to have time to talk and have social interactions and do all those things which contribute to a happier place. In terms of discipline she says it means students are now taught to learn from their mistakes instead of simply receiving a consequence.
In the country where the “no excuses” discipline charter schools originated, in the city where they are most celebrated, in the districts where school leaders have most experience of working with “no excuses” discipline, they are rejecting it. That is not me making some empty claim that “no excuses” discipline doesn’t work, that is people who have worked longest in a “no excuses” discipline environment saying that “no excuses” discipline doesn’t work. We already know from a 2012 DfE report that SEND students are 7 times as likely to be permanently excluded and 9 times as likely to be excluded for a fixed term.
And whilst there is evidence that “no excuses” discipline works by certain definitions in some socio-economically deprived schools in the US, it certainly doesn’t work in the school where I have been head teacher for nearly a decade, Huntington School, the largest school in York, which takes from a huge rural catchment, and where 97% of whose intake come from the third poorest performing student group, White British. Meet Jordan. He came to school with a 0.5 shaven Mohican haircut that broke our rules. I imposed the standard sanction, loss of breaks and lunchtimes until the hair grows back to a number 2. His dad was outraged and refused to support us. He went to the press, not just the York Press, but the Sun, the Mail, and the Mirror. He kept Jordan at home instead of coming into school, six months before his GCSEs. Children are influenced by the example their parents set. The bottom line is that, occasionally, some parents don’t value education and that attitude can seep into their offspring like radiation sickness.
The thing is, in a large school where parental support is not absolute, “no excuses” discipline leads to students actually missing more of their education. If I want to give those students the best education possible, I have to find a third way, where I can manage the situation so that I protect the students from their own parents. None of us chose our parents. The inflexibility of a “no excuses” discipline approach would prevent me protecting these vulnerable individuals.
There are alternatives to “no excuses” discipline, including the regime at Huntington, where we have a culture of high expectations and academic challenge, in an environment where love overcomes fear, every time. Here’s a message I received last week from a dad whose daughter came to Huntington. After seven years of education with us, including following the International Baccalaureate Diploma, Stephanie went up to Oxford and has now secured a job in the tough world of advertising. She is a Renaissance woman. “I want to thank you and the staff of Huntington School for giving Stephanie the foundation she required for this success.” In our school we don’t rely on “no excuses” discipline. We don’t need to. It would make it even harder for us to inspire working class white British kids, whose results at our school are significantly above expectations and the brightest green on RAISE for both progress and attainment, year in year out.
Instead, our foundations are Respect, Honesty and Kindness, with the highest expectations of students’ behaviour and academic progress. Rigour with a smile, not a SLANT.
As experience and research shows, “no excuses” discipline might work in specific circumstances, in inner-city schools whose students come from socio-economically deprived backgrounds; what we do know for certain is that it doesn’t work in most contexts. Indeed, the evidence shows it can be the cause of increased inequality, poorer student outcomes and greater alienation of young people. I urge you to oppose the motion! 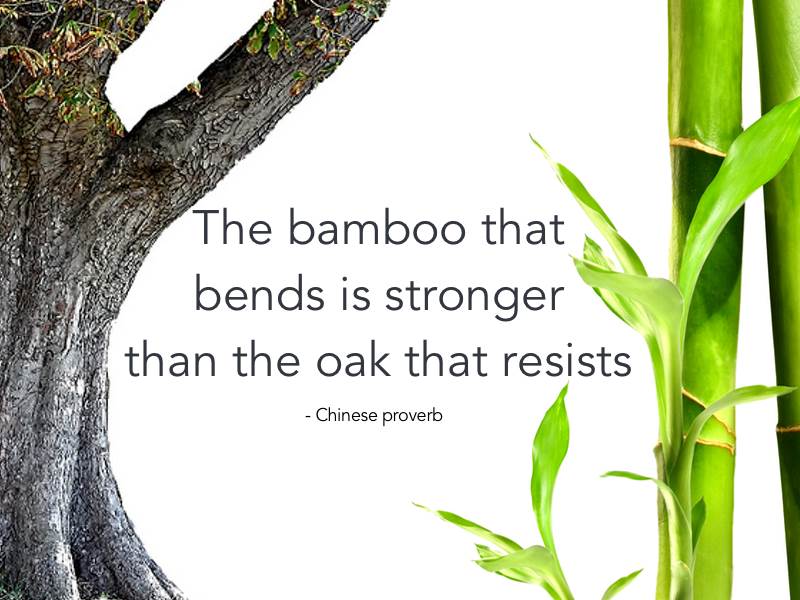 With sincere thanks to Jonathan Porter, a fine adversary!