I have been a teacher for 25 years, a Headteacher for 10 years and, at the age of 49, this much I know about helping Year 11 feel like Champions!
This takes some explaining, but stay with it – it’s good stuff…
I’m never sure about the efficacy of assemblies. I enjoy assemblies – your two audiences, the sheer fun of the moment, the in-take of breath when you do something your audiences don’t anticipate – but I’m not sure whether anyone remembers what you say. The only one I remember as a student was when the Bishop of Lewes delivered an assembly to us in Year 11 with the message, Be careful what you wish for because you’ll more than likely get it; if he had just heeded his own advice…
There’s always something good to glean from any experience. Those gratis Leading Edge conferences a few years ago which must have been hugely expensive and had very little impact upon our students’ education afforded me the opportunity to hear Sir Clive Woodward deliver his 2003 Rugby World Cup Champions talk. I returned to York and immediately created a Champions assembly; at the bottom of the page you’ll find all the things you need to make your own version.
Champions are made, not born. In his talk Woodward explains the process of making a champion. He talks about the England rugby team of 2003 and how his process of developing champions meant that we won the World Cup. According to Woodward there are four criteria which define champions: Ability; Teachability; Handling Pressure; Will to Succeed.
Woodward claims that we all have ability or talent, but talent is not enough. No matter how talented you might be, you have to put that aside and be completely open to being taught – if you do not have Teachability, then you’re stuck with talent, which is not enough. With Ability and Teachability, you then need to know how to think clearly under pressure, or T-CUP. He talks about his War-Room, which contained tables and chairs, a huge stop-clock on the wall, a scoreboard and a white board. When he was giving a tactics talk he would suddenly stop, set a time in an imaginary match on the stop-clock, identify opponents and a score on the scoreboard, describe a situation in the imaginary match – say, our scrum on our own twenty-two, with our number 8 in the sin-bin – and then ask any of the players to explain, using the whiteboard, exactly what they think we should do as a team in that precise situation. He calls it T-CUP: imagine the pressure on front row Phil Vickery in front of his unforgiving team mates if it’s him Woodward summons to the whiteboard. In his talk Woodward then shows the following basketball clip. It’s 88 points all, 0.6 seconds to go, the Yellow team have two free shots, the first shot goes in to put them 89-88 up: what should the player taking the second free shot do with the ball? The only other bit of information you need to know is that if the buzzer for the end of the game sounds and a shot is in mid-air, the game is not over until the ball has hit the ground and the shot is technically dead. In my assembly I show the clip twice because it is such a breath-taking moment.
[wpvideo 1MSNCnGY]

Woodward’s point is that the player taking the second free shot did not think correctly under pressure. He should have thrown the ball hard at the backboard and got into a melee wrestling for the ball for 0.6 seconds until the buzzer sounded. He’s not the only one at fault; watch how his team mates stop thinking and don’t challenge for the ball once the second shot misses. Woodward then explains how not one of the England team had played extra time in a match – the World Cup Final went to extra time – but that you could be sure that they all knew what to do in extra time thanks to their scenario-setting routine in the War-Room. The rest, as they say, is history…
[wpvideo IjOpeWI8]

One great point Woodward makes about that moment is how all the players stopped thinking correctly under pressure once the winning drop goal sailed over the posts. There were still 20 seconds to go and whilst all around him celebrated wildly you catch a glimpse of Woodward looking awfully concerned. The Australians kicked off immediately and aimed it at Lewis Moody who, as Woodward said, hadn’t caught a ball cleanly in his life; yet for once, luckily, he clung on to the ball and avoided a knock-on which would have given the Australians the chance to equalise.
So, after Ability, Teachability and T-CUP, the final criterion for champions is to have the Will. He quotes Muhammad Ali:

We can all be champions. What’s great about Woodward’s talk is that he finishes with the tale of Jason McElwain as told in this news clip:
[wpvideo kr7OCZ4Z]

Did Jason have Ability? Well, he scored 20 points in 4 minutes. Was he teachable? Attending countless coaching sessions he soaked up all that instruction to great effect. Could he think correctly under pressure? His only ever game, yet he had the mental control not to let the occasion get to him. And did Jason McElwain have the Will? It’s not even worth answering that question. Jason McElwain is a Woodwardian champion.
Can England win the football World Cup this summer? Woodward’s movement up the ladder from Talented individual to Champion involves those two other stages which I call Student and then Leader. Woodward calls the Leader stage, Warrior. He felt that his rugby World Cup winning team had nine Warriors and six Champions. He claimed that the English football team which competed so poorly in the 2002 World Cup comprised eleven talented individuals…
It’s pointless berating Year 11 at this stage, just love them instead. The die is largely cast by now and what they attain in their GCSEs this summer will not be improved by relentlessly getting on their case. Make them feel special and trusted and they might just find a little more enthusiasm for their revision over the next couple of weeks. I end my assembly asking them whether they have what it takes to be champions and then play Black Balloon by the Goo Goo Dolls as their Year 10 school photographs come up one by one on the screen. They love it! Some look exactly the same, some have changed unrecognisably, and, oh, those haircuts! When the last slide pops up I wait for silence and tell them no matter what their results this summer they’ll always be champions to me…
[scribd id=219229676 key=key-2gyzx3v35b9rii7dvqvv mode=scroll]

Along with the videos, here’s all you need to make your own Champions assembly, apart from the photographs of your own Year 11.
Champion assembly 2014 wordpress 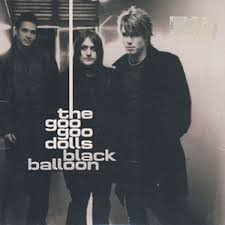