I have been a teacher for 30 years, a Headteacher for 15 years and, at the age of 54, this much I know about art, family, friends and the essential self.
Scotland at Easter is special. Every year since 2005 we have spent an Easter holiday week in Plockton, near Skye, with our friends the Davies family. They have three boys, we have two, and it just works a treat. The lads muck about, we eat great seafood, drink wonderful whisky and for seven days we leave the rest of the world behind. If you asked me to choose between a fortnight on a foreign beach in August or a rainy week in the Highlands in late March or early April, I would take the latter every time. Truly.
Late last March, however, was far from wet. By then the weather had begun to warm up, even on the Isle of Skye. And so it was, on the third day of our holiday, we set off to Inverie, via Mallaig. Now, Inverie is a full 18 miles from the nearest road; it lies at the heart of the wilderness called Knoydart and is only accessible by boat. Its pub, The Old Forge, had essentially opened for the season the day we arrived. The only lunchtime guests, we were treated to a feast of Guinness and langoustines. After we’d eaten we sat on the benches in front of the pub and drank a couple more beers awaiting our boat home.
It was a day to savour, with every one of our five senses.
As I sat at the window of the pub I took this photograph of the bay where we had landed a few hours earlier, looking back towards Mallaig. 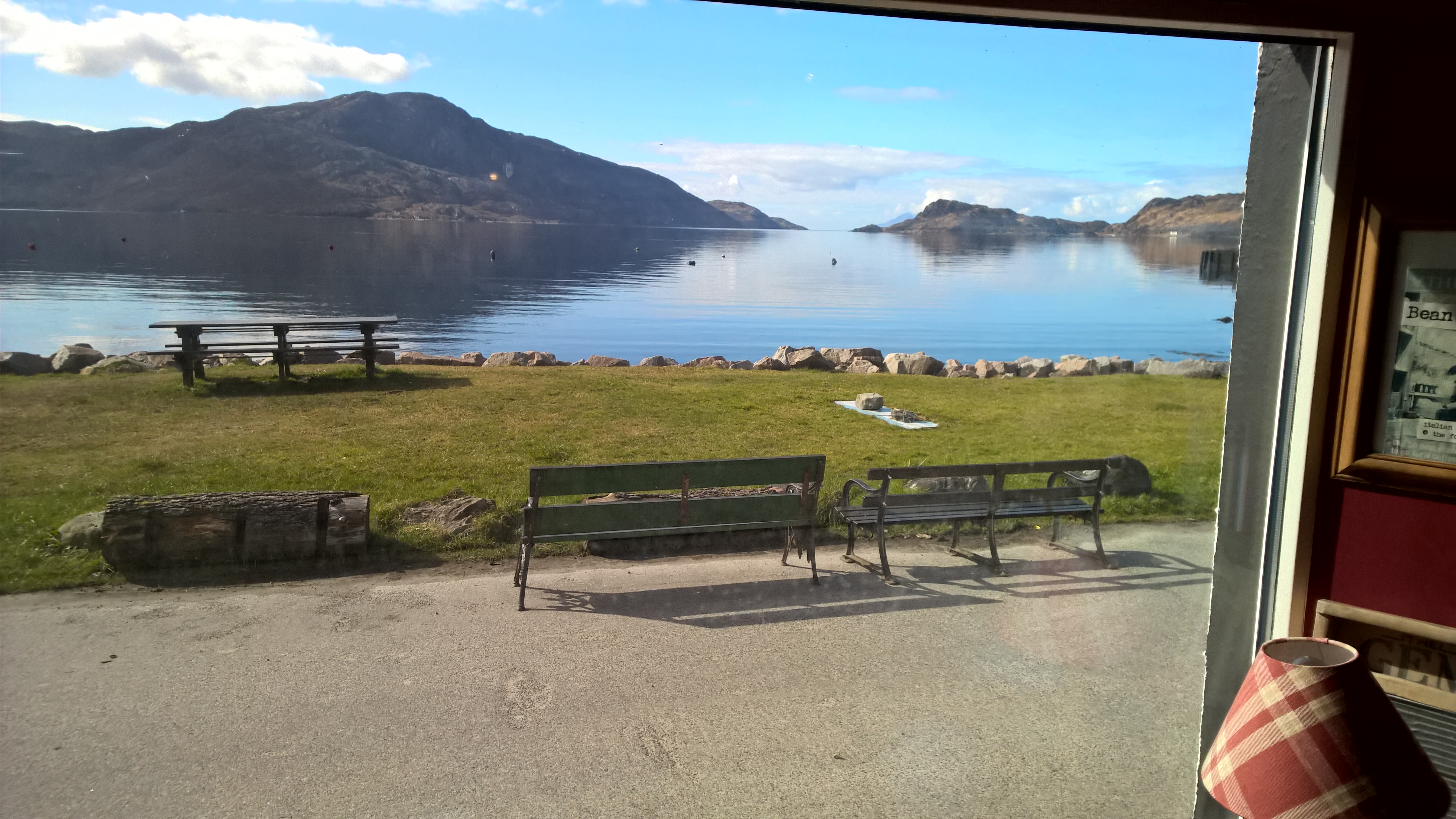 What makes the image work, I think, is how it is framed within the window frame, accentuated by the small lampshade in the corner. A couple of weeks later, back in York, I asked my artist friend Marvin if he would reproduce the image as an oil painting. A month ago, he not only presented me with the finished artefact, he sent me six photographs which chart the development of the painting. As a writer, I am especially interested in the creative process, the u-turns, the changes of tack; the crossings out, one draft after another, until you settle on the final version of the work of art. And I am also moved by the art vs nature debate and whether we can ever, through art, resist the destructive force that the passage of time exerts upon us all.
Here are Marvin’s images, finished with a photograph of the framed painting, which adds yet another dimension to the framing effect of the original image. 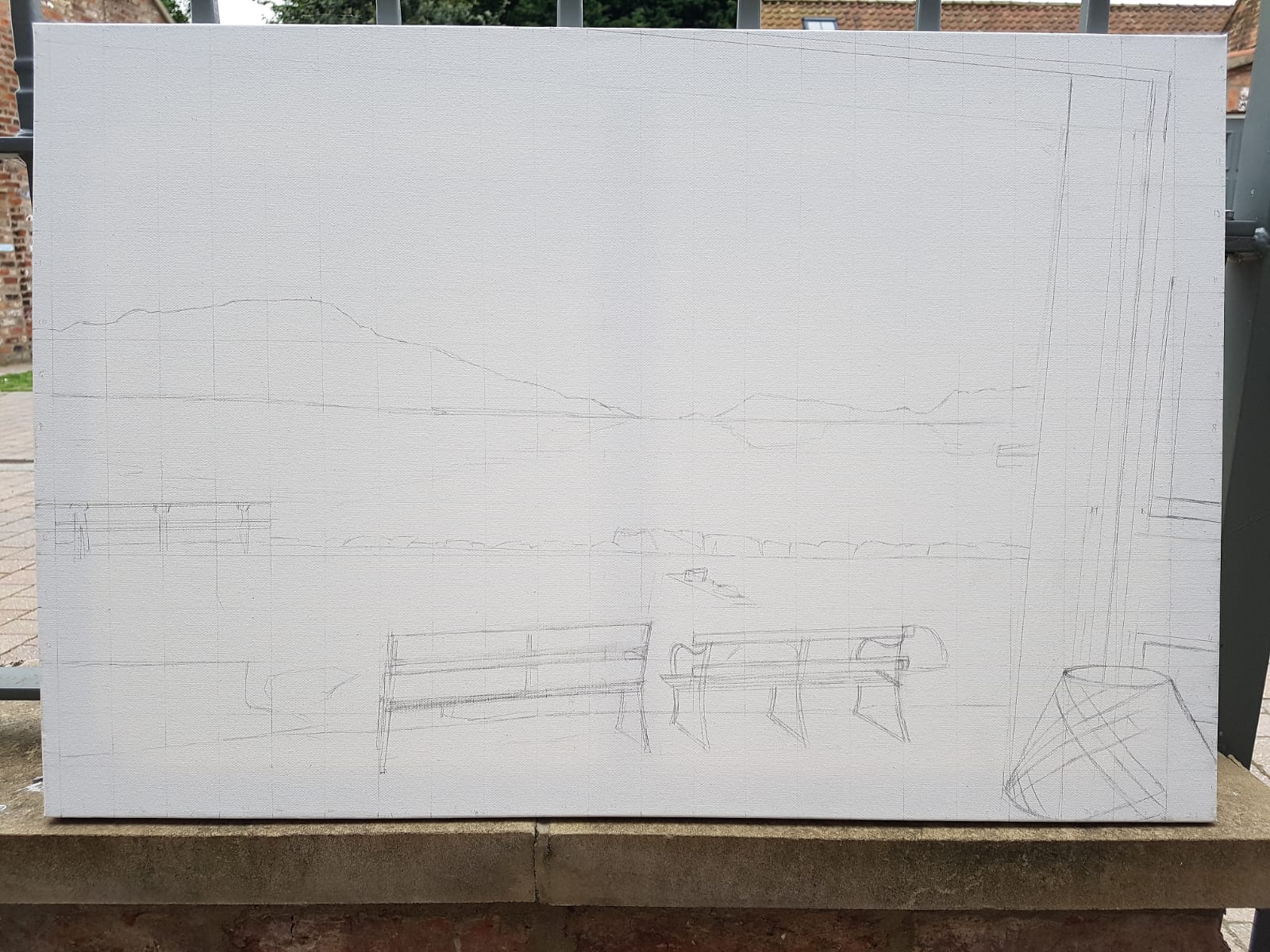 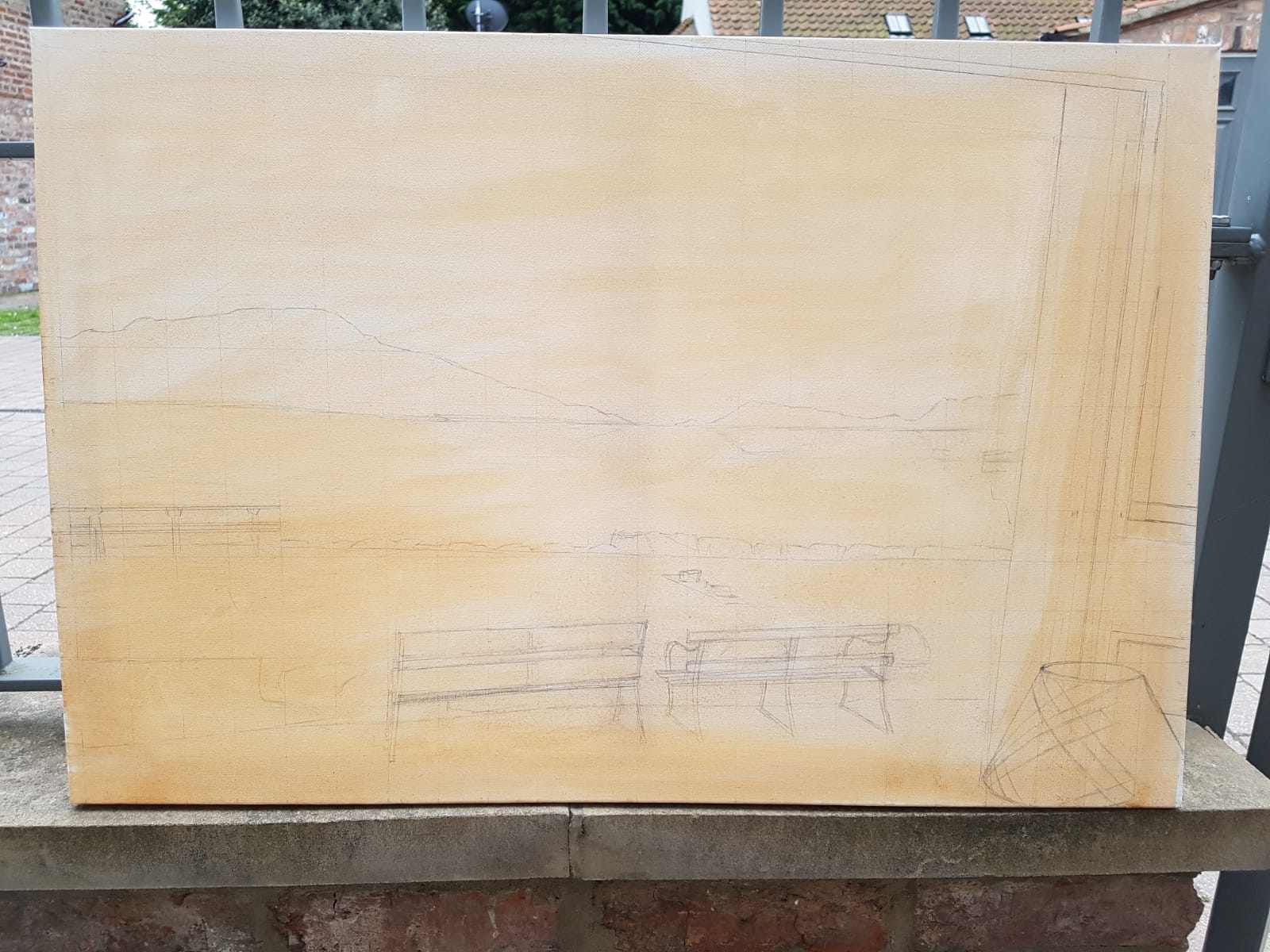 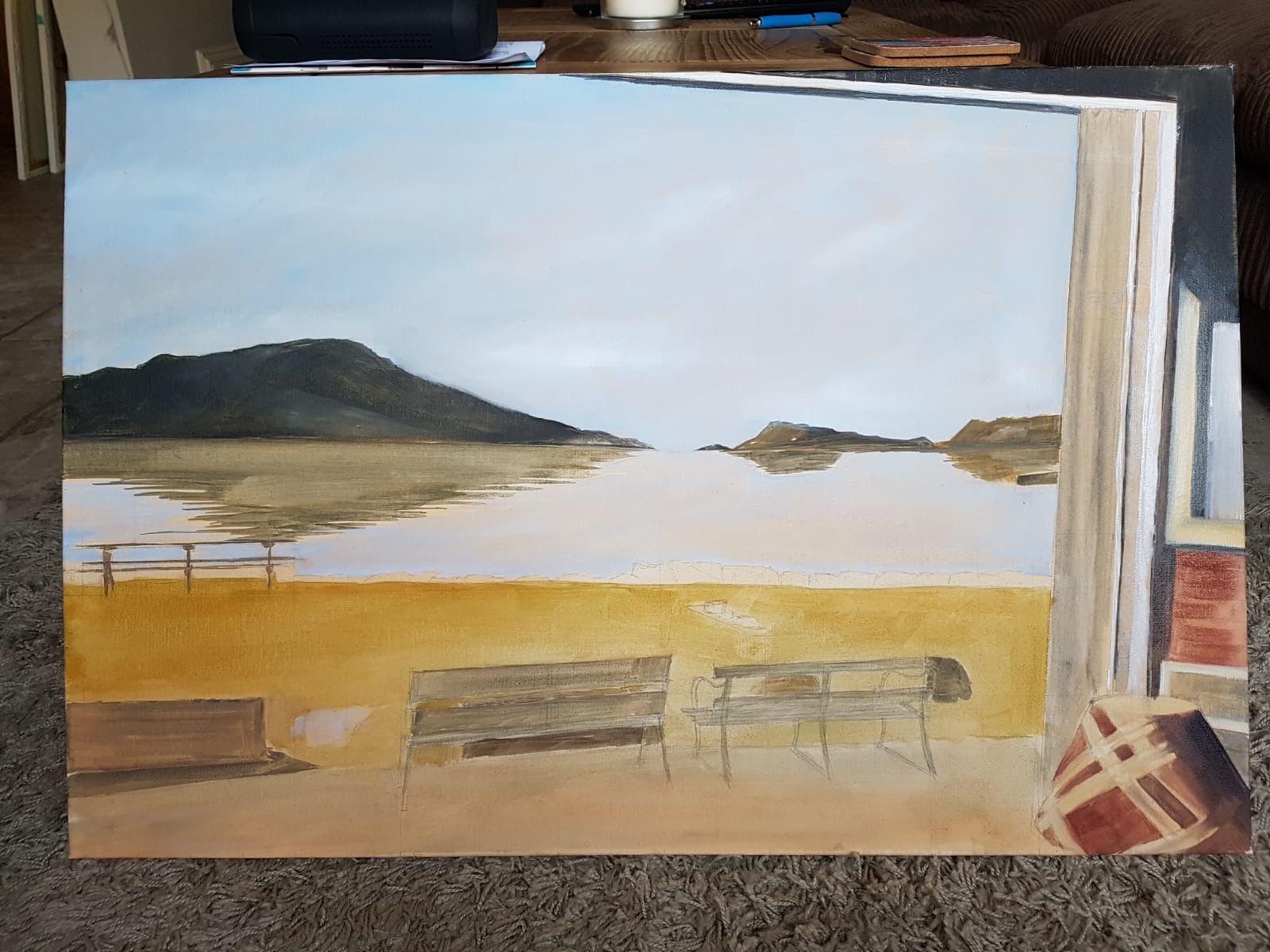 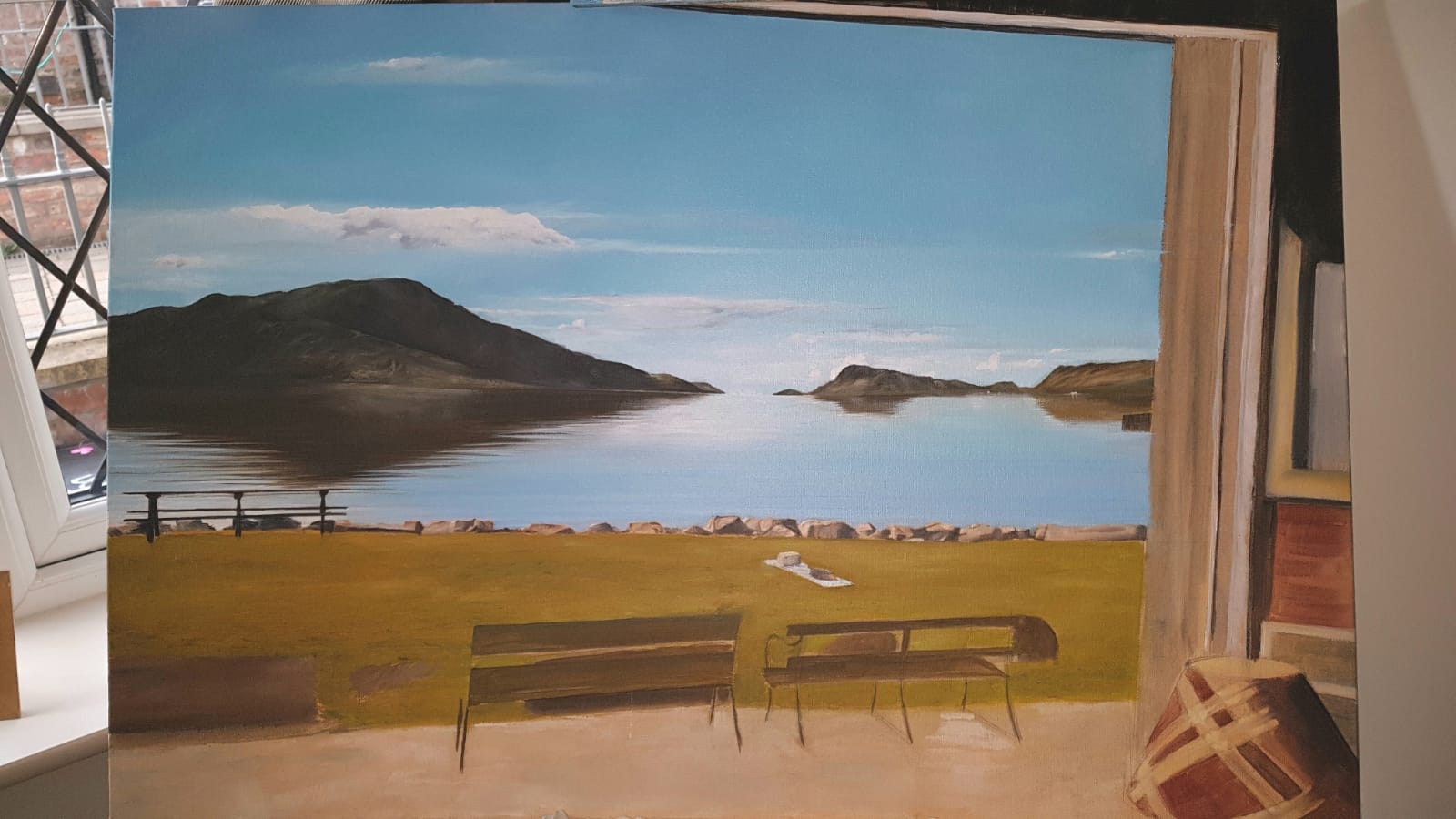 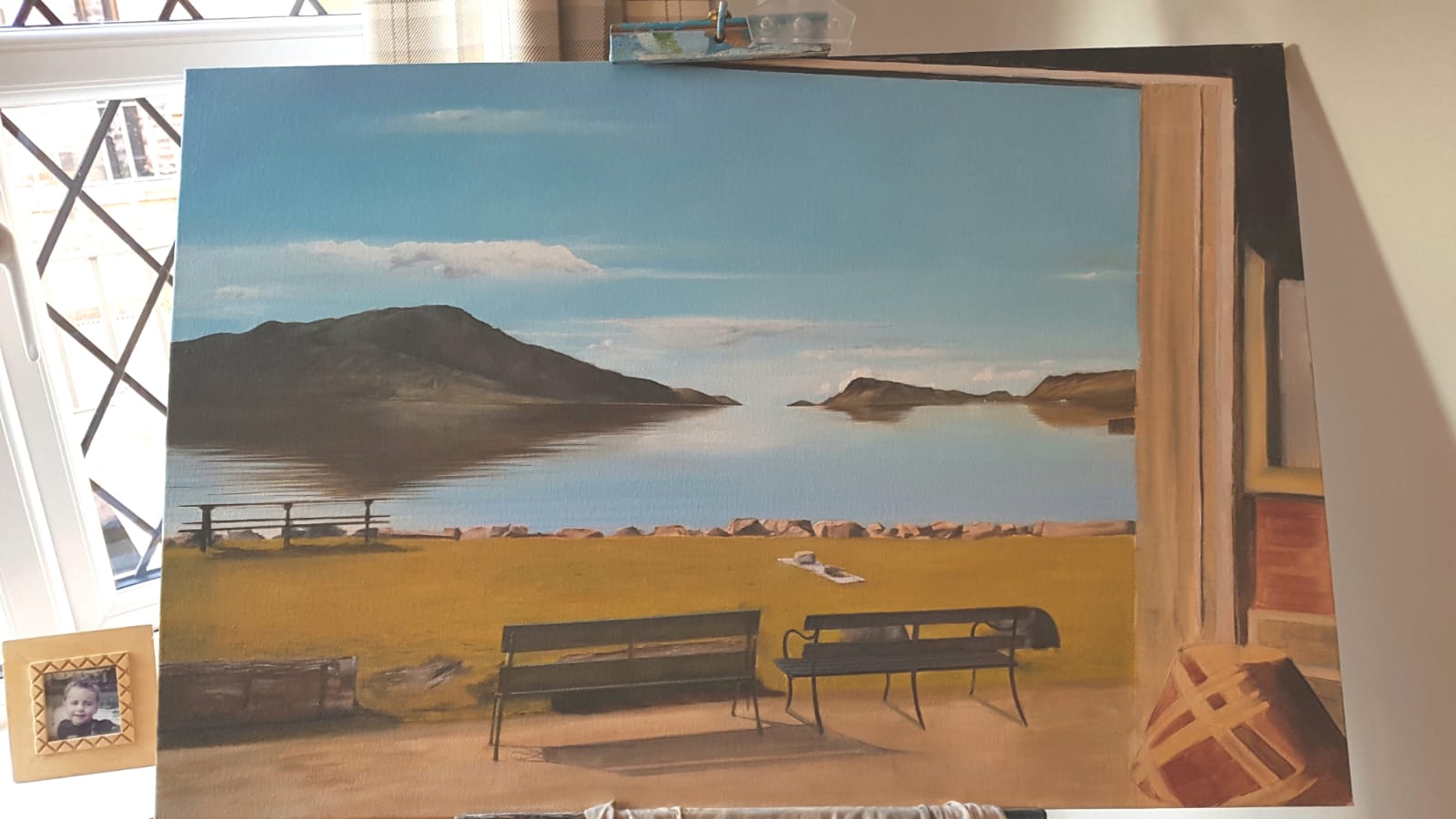 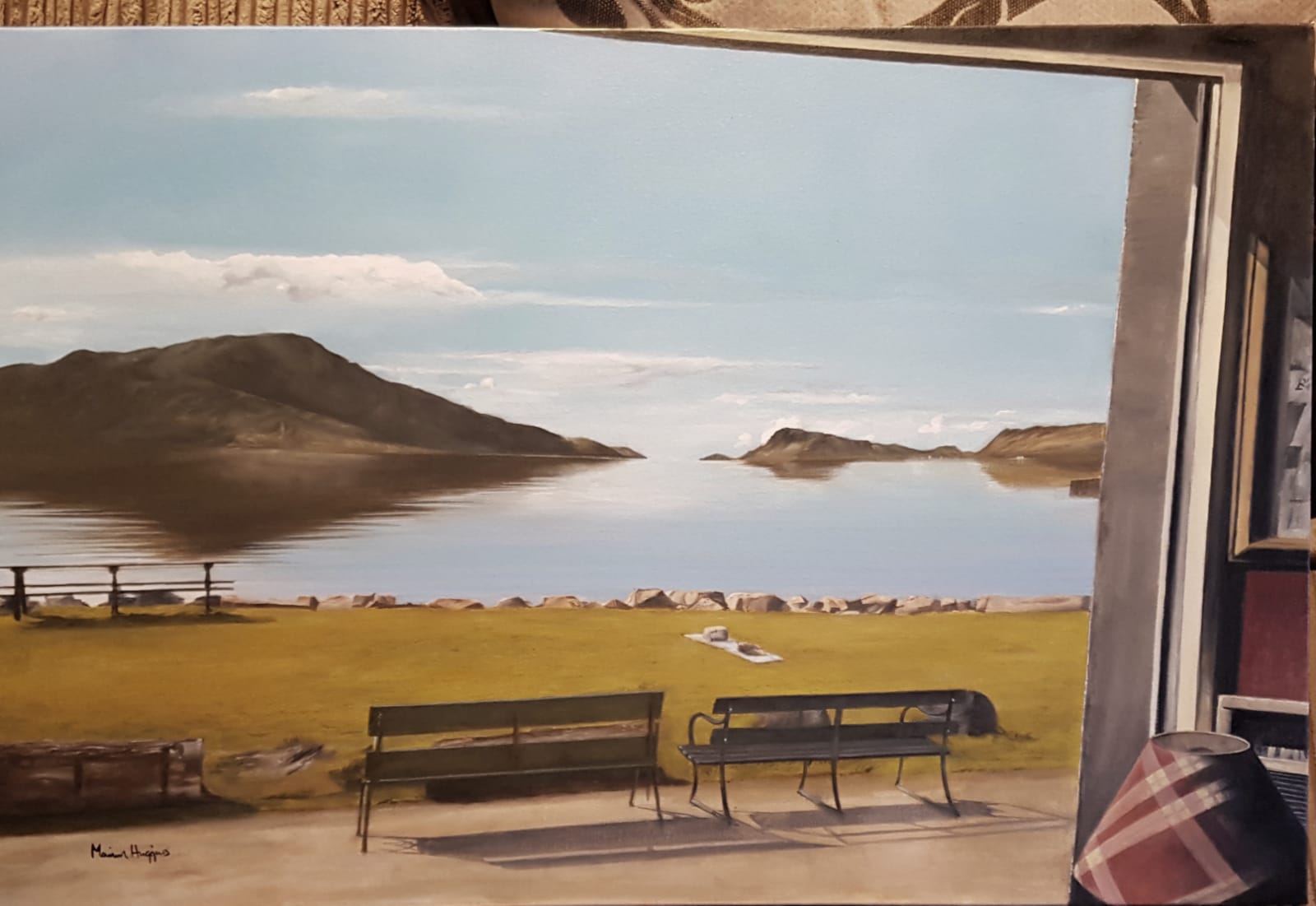 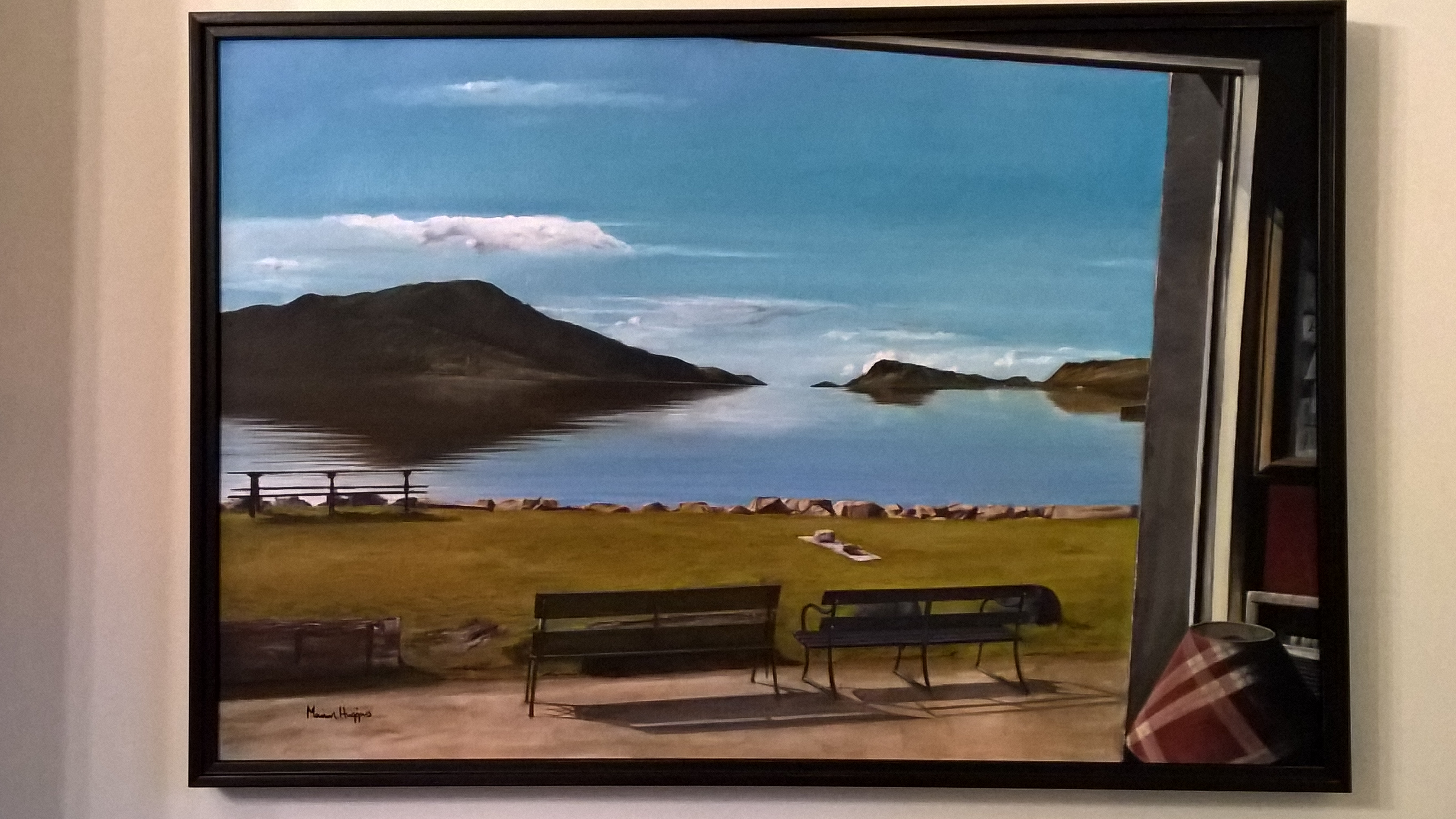 I have thought a lot about that late March day in the last few weeks. Not surprising, really. And it has answered certain questions for me. I have been forced to ask myself: So, what is left when everything has been stripped away? What remains when what you thought defined you has disintegrated? What endures? What is your essential self?
Well, that afternoon last March, when both families sat in the remotest of pub windows, the sun beamed down upon us, the sea lay becalmed, the Guinness loosened our lunchtime chat and the rest of the year was ready to unfurl before us…that was elemental. Now, especially now, as winter descends upon us and the days shorten unreasonably, everything about that bright spring afternoon speaks to my very core. And it persists in that oil painting, where art resists nature, and a defining day is replayed in my mind’s eye every time I glance at my office wall. 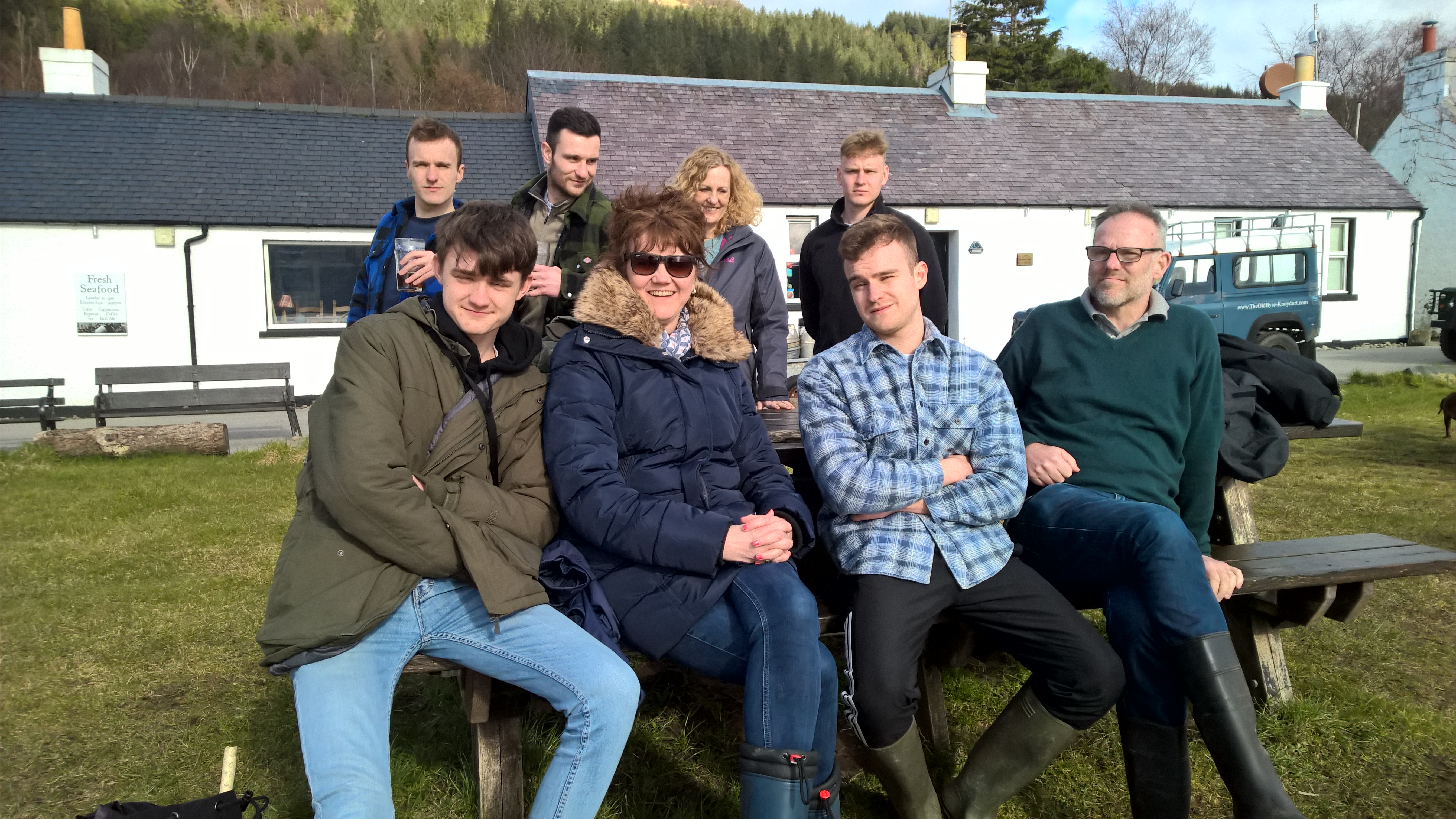 If Winter comes, can Spring be far behind?