I have been a teacher for 30 years, a Headteacher for 15 years and, at the age of 54, this much I know about why a song speaks to my soul. 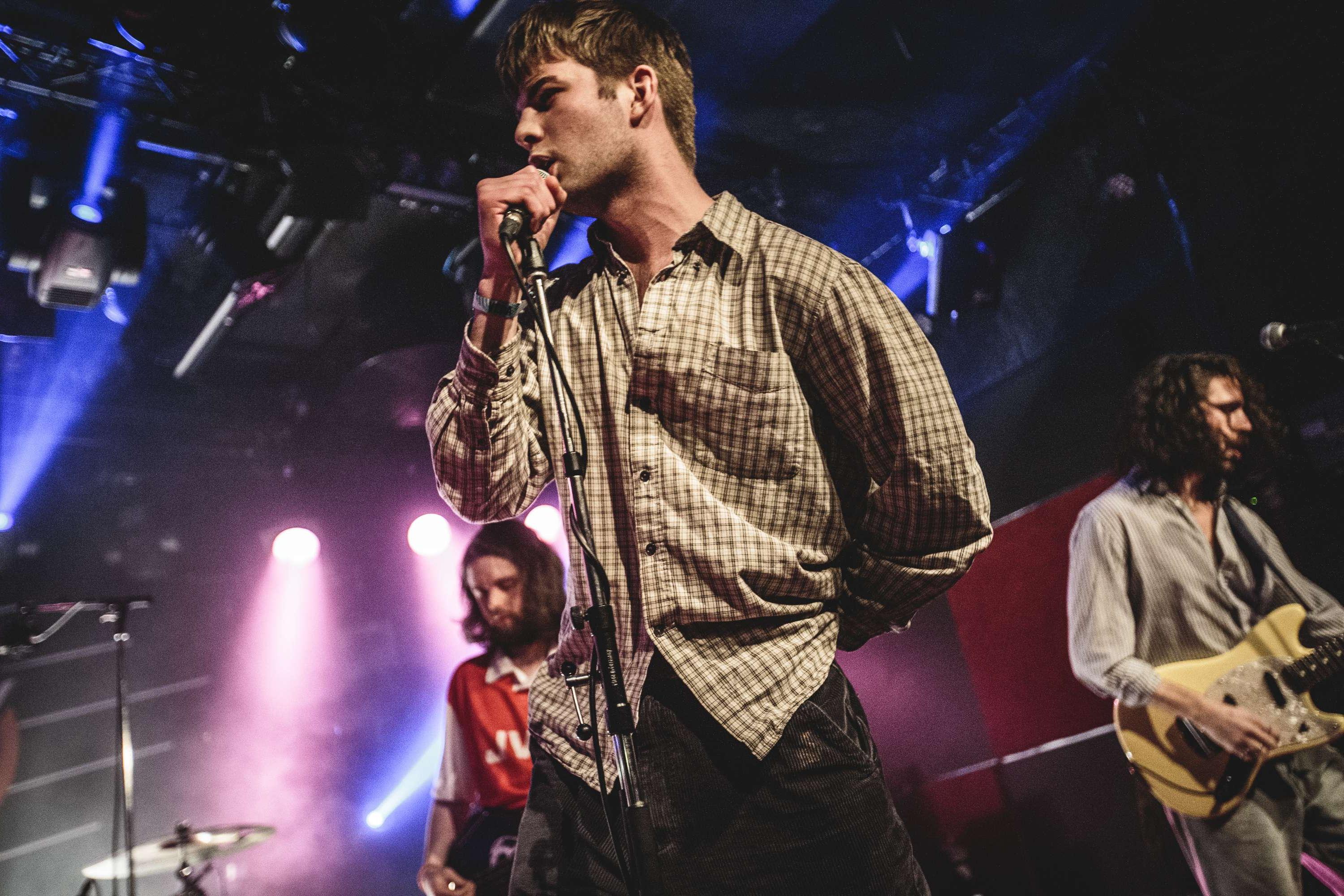 According to Seamus Heaney, when a writer’s work speaks to you directly, “you hear something in another writer’s sounds that flows in through your ear and enters the echo-chamber of your head and delights your whole nervous system”. Well, when I heard the first chords of Fontaines DC’s Roy’s Tune, my every neuron was thrilled, just as Heaney describes.
I have played the track on repeat all week. What has baffled me, however, is why it has affected me so profoundly. Over the years a handful of songs have elicited a similar response, but I have always known why; for instance, Robert Wyatt’s version of Shipbuilding – exquisite, mournful, anti-war – or The Clash’s Stay Free – cheeky, reggae-rooted, bromantic – speak to me for reasons I can easily define, reasons which are primarily rooted in the lyrics.
The lyrics of Roy’s Tune, however, make little sense. And the track’s official video tells the story of a young shepherd who goes on an all-night bender with his mates and decides to return home to his partner and their little girl as dawn breaks. It is no help in unpicking what on earth this song is about.

Hey love
Hey love
Are you hanging on?

My bemusement at how the song has affected me drove me to email my colleague, Liz, who runs a brilliant Music department. She is the most musical person I have ever met. She cannot play music in her car because she will crash, so distracted is her brain by what she hears. I sent her a simple request: I need to play you some music and then you explain to me why it speaks to my soul.  After listening to Roy’s Tune, she mailed me back:

It could be a number of things.
It could simply be the lyrics.
If it’s more than that then here’s a musical analysis:
The melody centres around a very narrow range of pitches. That’s something that happens in a lot in recitative and folk music. When you limit the vocal range the listener’s focus is on the story rather than the arch of the melody.
Think ‘Heaven Knows I’m Miserable Now’, Smiths 1984. The range is no more than a 4th, like the range of the spoken voice. It feels like you’re being told a story rather than being sung a song.

In terms of forces, it has the same timbral quality as the jangly guitar playing of Johnny Marr, raw, unsophisticated, honest.
The texture is open and transparent, again something that is often used to convey very honest simple straightforward emotions.
It’s really naive harmonically, and highly repetitive, so we’re back with the unsophisticated, uncomplicated raw honest stuff again.

It’s also totally acceptable to simply love it for its own sake.

We’ve all got different things that move us, and there’s no need for an explanation.
I was listening to the trio ‘Soave sia il vento’ from Mozart’s Cosi fan tutte this morning and the sun was shining and I thought…what a lucky person I am.
It was a glorious moment. The craftsmanship in the melodic writing is sublime

The other thing is the age of lost innocence.
We are drawn to the bittersweet.
Vaughan Williams “Is my team ploughing?” …..utterly heartbreaking.

Lots of what Liz said resonated. She even guessed that I must love Shipbuilding. To be able to have that kind of conversation with a colleague is an utter privilege.
Having thought about Liz’s observations, what I have come to understand about my overwhelming response to Roy’s Tune’s is that it is rooted in the song’s simplicity. And it is more about sounds rather than words. As its title suggests, it is a tune and the poetic lilt of its lyrics – no matter how nonsensical those lyrics might be – only adds to the song’s acoustic depth-charge.
I play the track in my car, on full volume. It creates a sense that every time I play Roy’s Tune I am watching, through my windscreen, a unique video of the song. And that, in turn, has given me a sense that the song is about everyone walking around trying to find meaning in what they are doing where, actually, there is no meaning in anything. Early yesterday morning I was driving around the city and I lodged my mobile in the windscreen to produce my first video to Roy’s Tune.
[wpvideo ynF7XHqu]

It might just be an age thing. I have found that a few of my mates have simultaneously discovered Fontaines DC and they have said something similar about the impact the band’s music has had upon them. Talking to one of them last night, Mike, we agreed that the rumbling bass, plaintive chords and images of low-slung guitars, a la Paul Simonon, have combined merely to reawaken our inner-eighteen year old selves. Six of us are unbearably excited that we’ve got tickets to see them play in Leeds in November.
Maybe we’re right. Maybe it’s just boyish nostalgia.
Or maybe, it’s because Roy’s Tune is true. Maybe it is the lyrics.
Maybe we are all just hanging on.