I have been a teacher for 31 years, a Headteacher for 16 years and, at the age of 55, this much I know about Mortimer & Whitehouse and their motivational tomatoes! 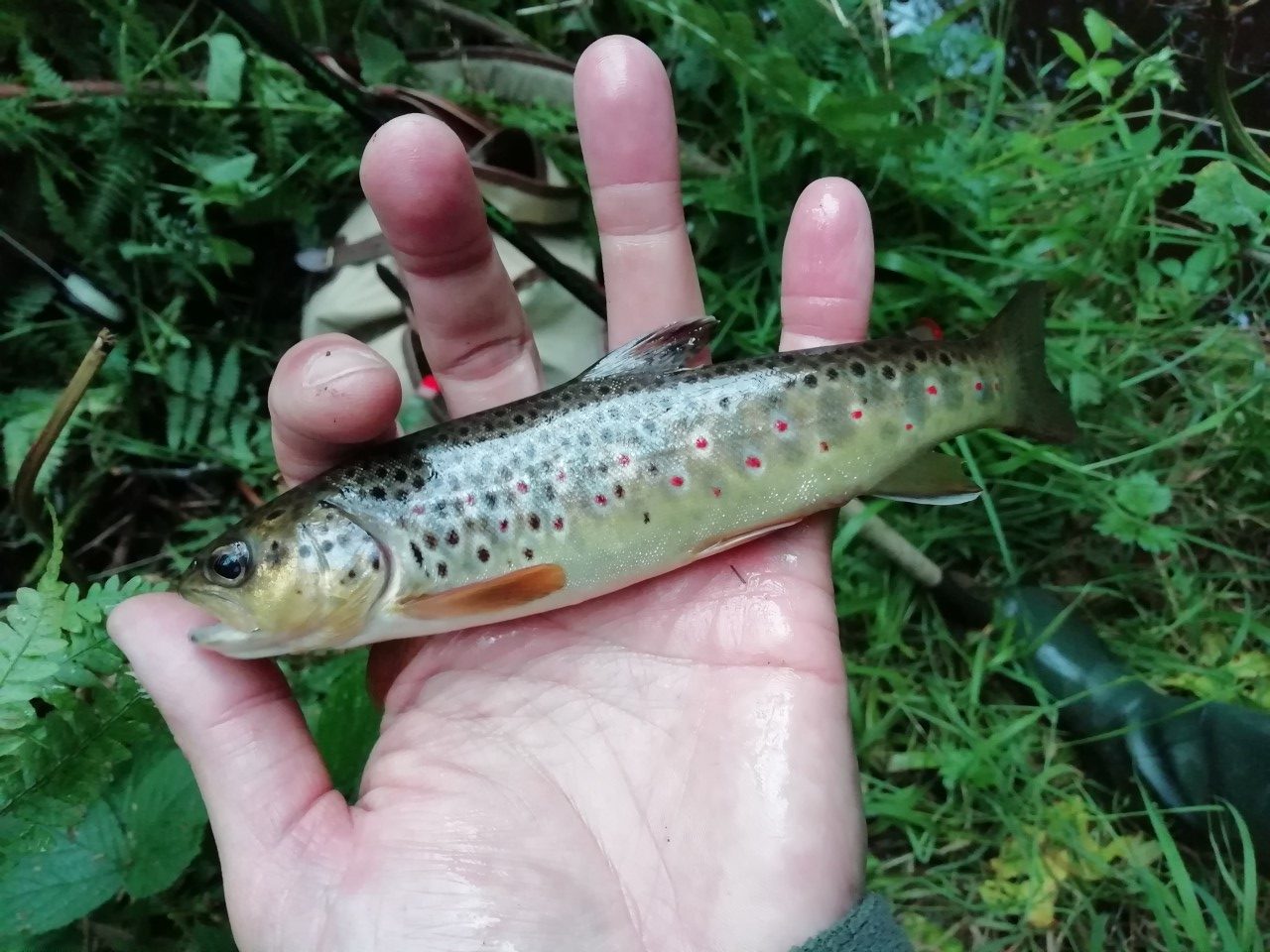 Mortimer & Whitehouse: Gone Fishing is the BBC’s unlikely jewel. It follows two ageing comedians as they go fishing, chat nonsense and eat good food. Its success is rooted in the way its simplicity combines with moments of profundity, when the idle chatter suddenly gives way to wisdom. Here, right at the end of a recent episode, Mortimer and Whitehouse suddenly discuss what motivates them to get up of a morning.
[wpvideo Jr8fGy5V]
So, as the vast majority of us who teach prepare to return to work tomorrow, be sure to identify for yourself a motivational tomato or two…
One of my tomatoes
Just to my left a trout, no more than four inches long, hurled itself out of the shallow water.

I had been fishing just outside Danby village deep in the North Yorkshire Moors. I am not sure there is a place on this planet where I feel as content as I do when I stand on the bank of the Yorkshire Esk, spellbound by the prospect of catching a wild brown trout. There is nothing quite like it.
I began the afternoon session at the Beggar’s Bridge, having bought a pork pie for lunch from Ford’s the butchers in Glaisdale. Like the fishing, Ford’s pork pies are beyond compare. At £1 a pie, the more you eat, the more you save. I then worked my way along the wooded stretch of the Esk at Rake’s Common and finally fished the winding stretch towards Danby upstream from Duck Bridge.
I took three rods: fly, float and spinner. I found success on each one. At Rake’s I caught a perfectly formed small wild brownie on a dry fly. I had seen the trout rise several times; the moment my black gnat hit the river’s surface the fish obligingly rose to take it. It was one of the day’s many highlights.
Wild brown trout live their lives in streams and rivers. They are fine, slim line predators and sparklingly beautiful. From the preternaturally large, coal black eye, the tapered array of innumerable black spots gives way to a carefully arranged pattern of a dozen or so red counterparts. The gills emit a mother of pearl shine. The dappled grey flanks merge into a creamy underbelly. And the red adipose fin is a sure sign that the trout is a wild brown.
By the time I had plonked myself down amongst the meadow grass to fish a small but inviting pool, I had landed more than a dozen wild brownies. They fight hard, no matter how minuscule, wriggling intensely. When they are spent, they lay across your hand in all their aesthetic glory.

My float was dancing about indeterminately when the trout jumped. The fish’s belly-flop re-entry made a larger sound than one might have expected. It was enough to attract my attention. A heart-beat later, from upstream and around the corner, I heard a much bigger splash and two airy wafts. A heron appeared fleetingly before stepping into the cover of an overhanging tree, directly opposite where the leaping four-inch brownie had landed.
I kept watching. It wasn’t long before the heron began tip-toeing elegantly towards its quarry. Its delicate, grey-fawn neck feathers were perfectly groomed. It was a picture of predatory elegance. Four steps in, it stopped. Its amber eye caught mine. For the briefest moment it could not compute what it saw. Its stare dolly-zoomed towards me until it was inches from my face. We were locked together, eyeball to eyeball, beak to nose, bound by the pursuit of the same prey. I held the bird’s glare. The river flowed on.
And then the heron beat its broad, grey wings and was gone. 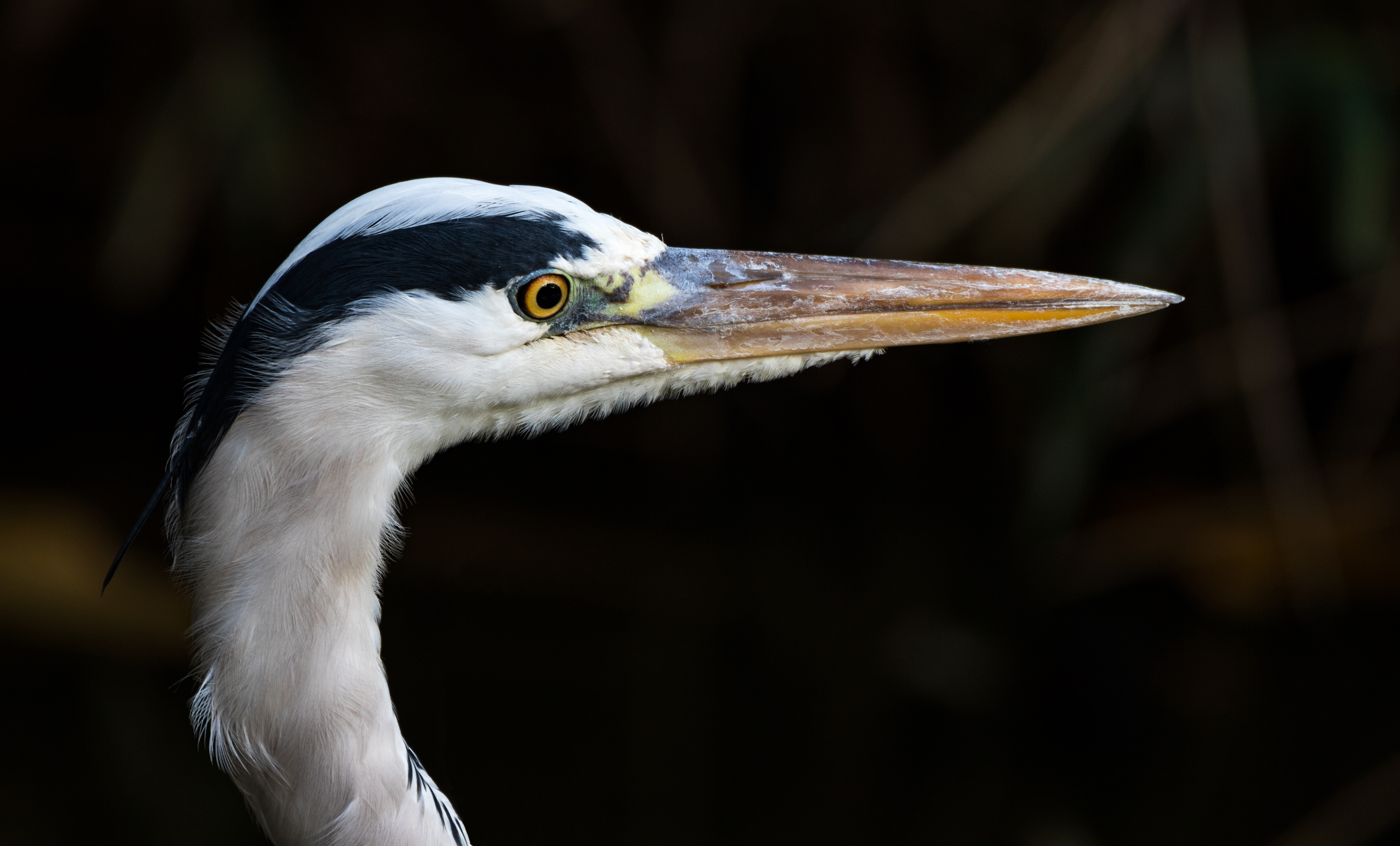