I have been a teacher for 31 years, a head teacher for 16 years and, at the age of 55, this much I know about how Larkin was right, “days are where we live”. 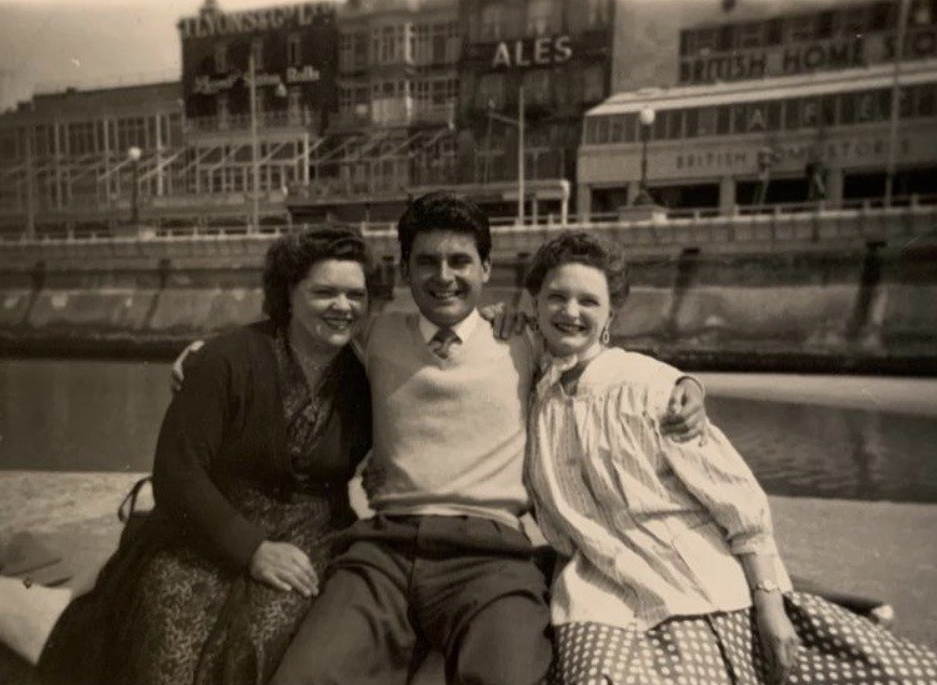 It’s Margate, 22 April 1957. My dad sat on the seafront, beaming at the camera. On his right is his sister-in-law, my Auntie Beat, and on his left, his wife, my mother. Dad, trim and smart, would have been 29 years old; mother, with her Picture Post polka dot skirt, just twenty-one.
Behind them is everything they need on an Easter Bank Holiday Monday: a couple of lunchtime ales followed by a spot of shopping at British Home Stores and, after a walk on the beach, to J. Lyons & Co. Ltd., with its famous roof terrace café, for a cup of tea and a slice of cake.
They look the epitome of happiness. And why not? It’s a day off work. The sun is shining. The summer is ready to unfurl before them. And what’s more, mother is six months pregnant with their first child, my sister Beverley.
Dad’s brother Tom would have been behind the camera, making them laugh. “Say CHEESE!” No need to extricate from the long day the grain of pleasure for these four; they’re having genuine fun. The image’s sepia tones are imbued with a sense of indefatigable optimism. All of life is ahead of them.

Dad died nearly 35 years ago. I’m not sure when, exactly, Uncle Tom and Auntie Beat passed away. My sister Bev was taken by cancer back in 2017. BHS and Lyons are long gone. And today I visited mother in her Sussex nursing home. Despite her Alzheimer’s, she recognised me. She knows my other sister and my two brothers, but no one else.
I showed her a photograph of my wife Louise and our two sons. There was not a glint of recognition in her eyes. She asked about dad. I told her that he had died of cancer a long time ago. She looked rueful and declared, “I loved him”. Ten minutes later, after I had explained dad’s fate for the second time, she said, in a rare moment of lucidity, “Well, they all die John”.

On the way down south we dropped our eldest, Joe, back home in North London. Instead of carrying on straight away, we made the effort to take the tube to the Barbican and visit the Museum of London. I wanted to see The Clash’s London Calling 40th anniversary exhibition. It was, predictably, a thrilling experience.
Afterwards, as we walked through the streets towards the Old Spitalfields Market, Louise remarked that “Days”, by Phillip Larkin, had become her favourite poem. “It’s it, isn’t it? Like this, this is it, days, like this one”, she said. “This is our life. Not yesterday, not in the future, but now. This is where our life happens. On day’s like this.”
And, of course, she is right. Days are where we live. Days like the Easter Bank Holiday Monday that Ann & Harry and Tom & Beat spent laughing in Margate, all those years ago. 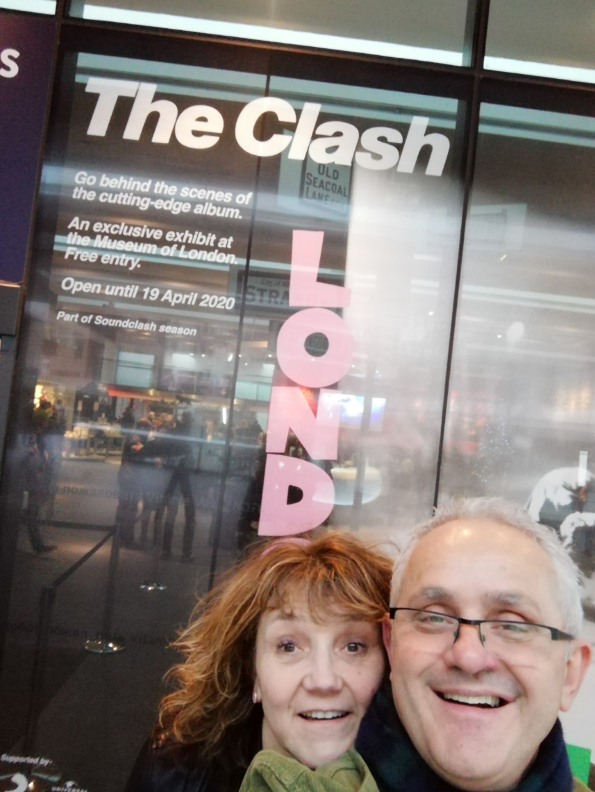