I have been a teacher of English for 24 years, a Headteacher for 9 years and, at the age of 48, this much I know about the the potential for Twitter and Blogging to engender an Education Spring.
Blogging and Twitter have a lot to answer for. I began blogging on 16 June 2012; in a year my professional life has been transformed. And I’m not the only one. Tom Sherrington, Alex Quigley, David Didau, Stephen Tierney and Joe Kirby, amongst others, have blogged about the injection of creative energy derived from the blogging-tweeting phenomenon.
If there’s going to be an Education Spring it’ll likely find its roots in the blogging-tweeting phenomenon. A Declaration of the Independence of Cyberspace predicted a world where ideas spread freely beyond the control of politicians. You can find the background to it here. You can watch a TV series about the whole levelling effect of the internet here. You can find the declaration itself here.

Shift happens, as they say. Tomorrow I am speaking at Shift V in York; my first ever TED-style talk. You can find my Prezi linked to the image below. You’ll have to imagine what I will say, but the talk outlines the narrative of my first brush with Twitter at the British Open Golf Championship in 2010 to being name-checked by Michael Gove last month to an invitation to meet Ed & Justine Miliband next week (which I’ve declined) to working with Tom Sherrington on a Teachmeet at the Labour Party conference in September. Michael Gove’s speech in April acknowledged the power of Twitter and blogging in the educational debate. 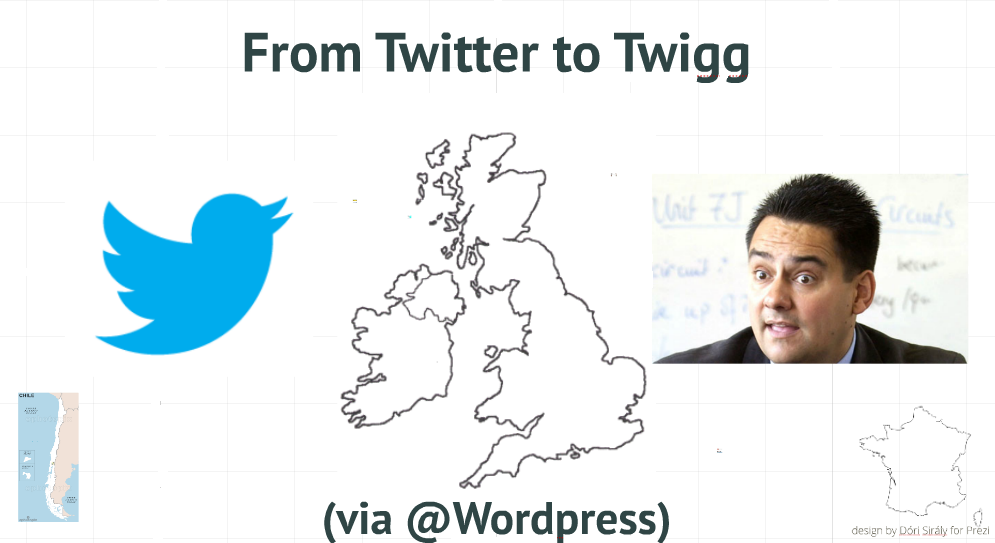 The Headteachers’ Roundtable’s proposed Baccalaureate, designed largely by Tom, is gaining traction. See if you can spot the Chair of OFQUAL in my presentation – she met with Tom last week, at her request, to chat through the HTRT’s Baccalaureate’s finer points. We’re seeing the profession influencing policy-making like never before. Frankly, we don’t mind which political party adopts the Headteachers’ Roundtable’s Baccalaureate; we’re on our students’ side.
The new media have democratised debate. I have always thought hard about education and been driven to do what I do for love not money. But it’s only now that I have access to the type of media which enable me to engage in current educational debate. I think I was like Joe Kirby when I was his age, but, a quarter of a century ago, all my ideas were confined to my teaching room on the first floor of Eastbourne Sixth Form College. Follow Joe and his mates like Kristopher Boulton, Tessa Matthews and Harry Fletcher-Wood – as Tom Sherrington tweeted earlier today, they set the standard.