I have been a teacher for 25 years, a Headteacher for 10 years and, at the age of 49, this much I know about accurate terminology to describe students’ effort. 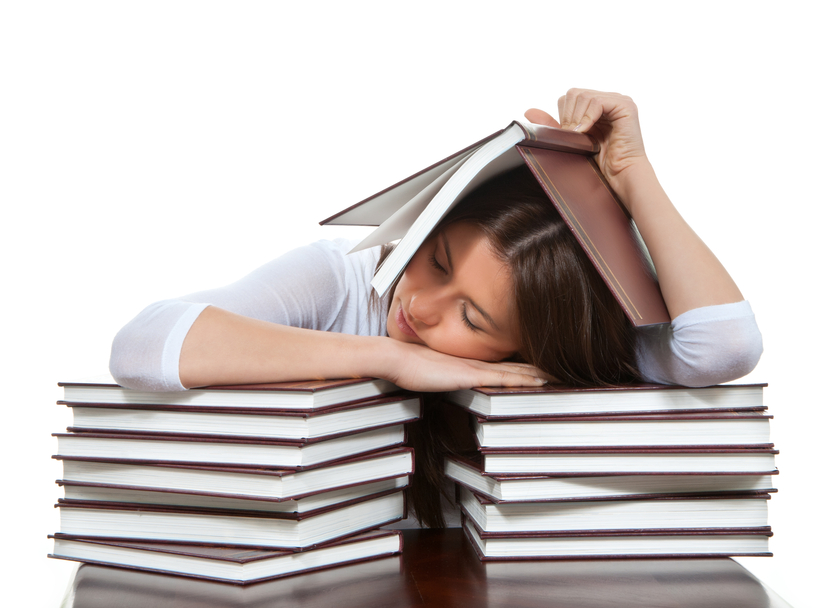 Words matter. And in a school, words which describe student performance matter more than most.
Life for students is getting tougher. Success in public examinations over the next few years will require concentrated, dedicated study of a nature unrequired for at least one if not two generations of students. We are living in a non-coursework, terminal examination world but too many students are still learning with modular-assessment brains. Committing huge amounts of learning across ten or more subjects to long term memory requires deliberate, sustained effort. 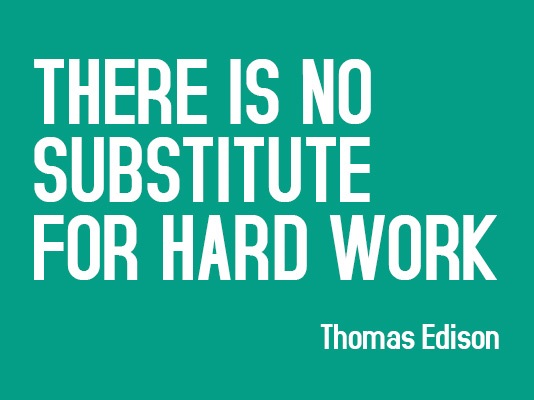 Effort is the key to success. Anyone who has attempted to become good at anything knows the veracity of this maxim.
How do you break the news to students that they are not making enough effort? We are moving from five effort descriptors to four. Students’ effort will be classified thus: Excellent; Good; Insufficient; Poor. The third classification, Insufficient is causing some turmoil to all of us at Huntington:

Insufficient? As far as I am concerned, what the term Insufficient is saying to a Year 8 student in September is, You are making insufficient effort if you are going to be successful in the terminal examinations which, for you, will be more demanding academically than they have been for your older Year 12 sister. Better tell them now, so they have time to make more effort, than let them discover they have made insufficient effort when they are faced with their first GCSE examination paper…
As a Headteacher it’s always good to ask for better ideas. We could say something gentler, perhaps, like Inconsistent, but you could make consistently Insufficient effort or you could make inconsistently Excellent/Good effort, so Inconsistent doesn’t work. Yet I can see why Insufficient might be a dispiriting term for students and parents; in the wake of colleagues’ disquiet at the term, I sent this email to all staff:

As I said earlier, I am uncertain about the term Insufficient Effort.

Having discussed the issue at length with Sam and Jack, I want to hear from colleagues which alternatives we might use:

So…please forward me alternative suggestions which meet these criteria:

If we can find a word which meets these criteria and which will cause less anxiety amongst parents and students then we’ll change.

Even our core values don’t help! In a Growth Mindset school which promotes the values of Respect, Honesty and Kindness, Insufficient is honest but perhaps not kind?
I’m genuinely unsure…What do you think?
PS. Many readers of this post have asked for all four effort descriptors, so here they are: 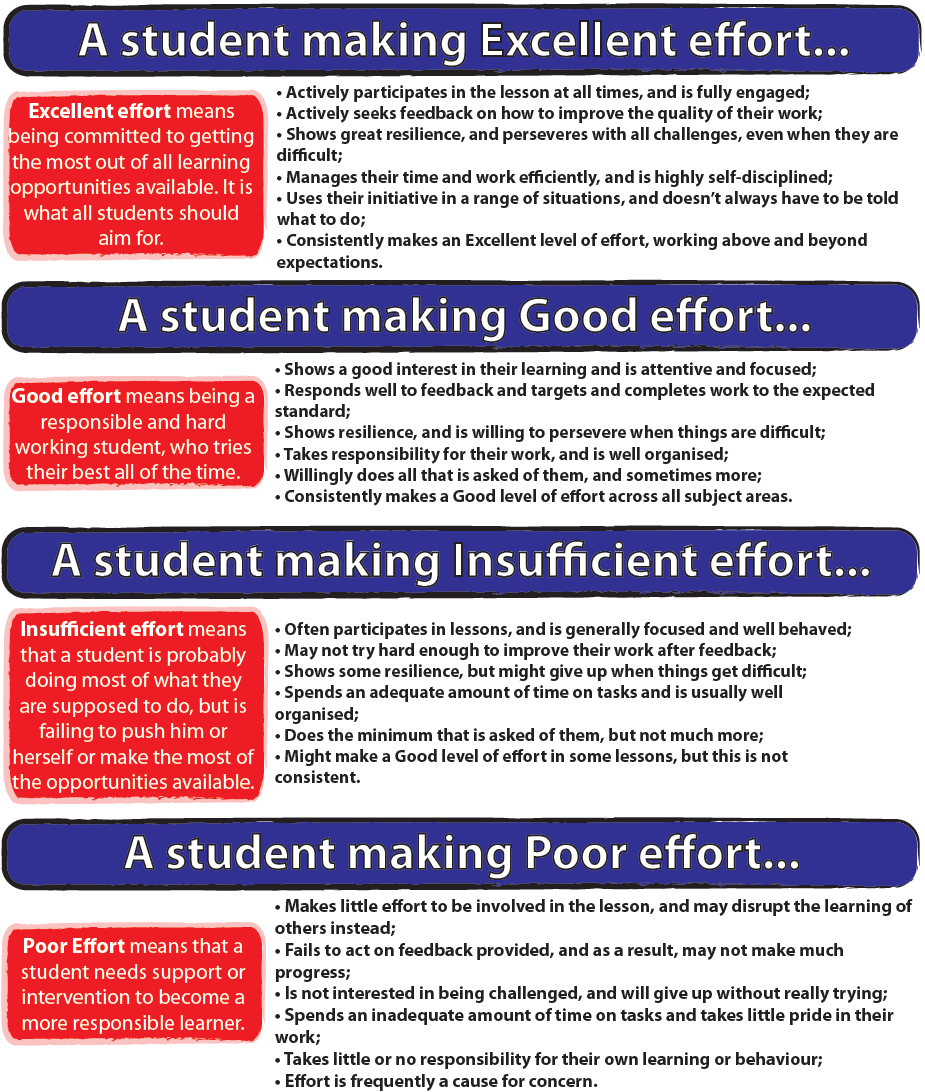